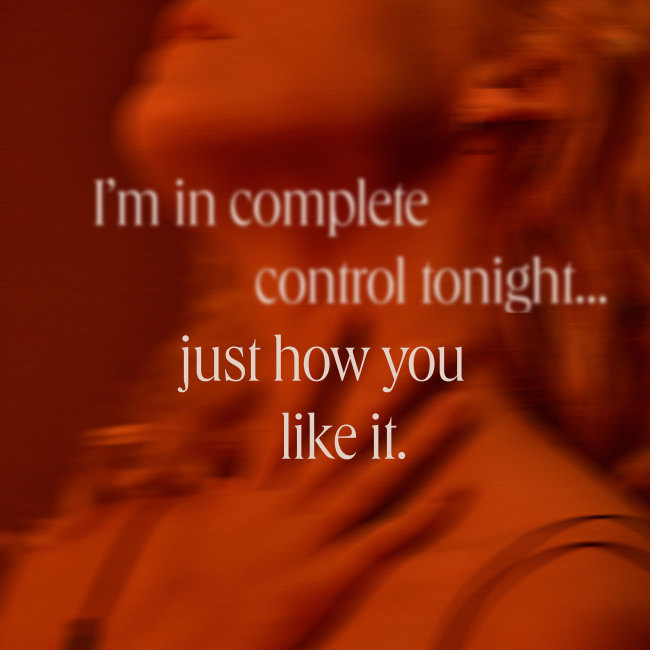 A beginner's guide to submission

Ready to explore to a new side of yourself? Dipsea has you covered

In today’s climate of sex positivity and acceptance, it seems like anything goes. We women are empowered, we are strong, and we’re gonna own our pleasure and not take shit from anybody. Unless, of course, what we want is to play with sexual submission. When it comes to exploring submission, the reactions from friends or even the sex-posi mainstream can be filled with stigma. And these reactions can make us feel not only intimidated, but somehow like it’s anti-feminist to pursue this one particular fantasy, which can feel surprising in the world of sex positivity, where female pleasure is now widely supported. And why is that?

The main reason is that this particular sexual preference is widely misunderstood and often categorically dismissed as regressive. In a way, you can’t blame its critics—when women have fought so hard for equality in the streets, it can be hard to understand why they would give that up between the sheets.

...when women have fought so hard for equality in the streets, it can be hard to understand why they would give that up between the sheets.

But that confusion rests on the misconception that Dominance/submission (or D/s) is based on anything other than the coming together of equals to play (key word!) with power for a prescribed period of time. D/s play can only occur in a setting where both parties are fully seen, heard, and respected. It blooms from conscientious negotiation, thrives on active consent, and is always followed by aftercare, or the practice of a cuddle and a check-in to soothe both parties’ nervous systems after any kind of play has transpired.

When it comes to D/s, there’s a lot to understand. Here, we’re going to unpack submission. So let’s talk about how to let go—safely, sanely, and responsibly.

Because the media has utterly failed us in portraying healthy submission, we’ve been left with a lot of unhealthy or skewed examples, like those found in “Secretary” or “50 Shades of Gray.” Well-structured and negotiated submission is not a form of self-harm or abuse. It’s not violence against women or some kind of sanctioned misogyny loophole. When practiced according to the tenets of structured BDSM, submission is nothing more or less than an opportunity to safely experiment with letting go. It does not necessarily have to involve impact play (anything ranging from light spanking to getting flogged), nor does it have to take any specific shape other than exchanging power for a prescribed amount of time. But what does that look like?

Your limits are completely non-negotiable, and the list of things you’re into gives the Dominant partner an idea of how to provide the best experience possible for you.

For example, being restrained makes you anxious, but you think you might enjoy being gagged to relieve the pressure of having to talk during sex. Being restrained would be on your “no” list, whereas ball-gags would be on your “yes” list. As you begin to define what works for you and what doesn’t, it will give you and your partner a natural way into discussing the finer points of why you like what you like.

Identifying your yeses and nos gives you an opportunity to completely reinvent sex from the ground up. You can consciously build the sex life you want to have. And remember: boundaries are a good thing, and we need them to thrive. It’s ok not to be into certain things. Your sexual validity doesn’t rest on your ability to do everything. There’s nothing cool about pretending to like something you don’t, and I’m sure your partner would agree.

And remember: boundaries are a good thing, and we need them to thrive. It’s ok not to be into certain things.

Aftercare is an opportunity for both parties to come together outside of the intensity of a scene to cuddle, check in, and go over what worked and what didn’t from a neutral and non-ego-driven place.

If you’re wondering what to say or how to begin processing during this time, here are a few examples of how to start:

So now that you know how to structure your submission play (defining your limits, agreeing on safewords, and setting aside time for aftercare), where do you begin? Here are some ideas for dipping your toe in the water:

If you’re interested in bondage, consider getting some leather cuffs (safer than handcuffs). Try giving or receiving oral sex with your hands tied, and see how that changes things.

If you’re interested in pain play, have your partner lay you across their lap for an over-the-knee spanking while they’re seated in a sturdy chair.

If you’re interested in more mental power play, try having your partner tell you exactly what to do for an evening, always with safe words at the ready.

Now that you’ve got the basics down, you’re ready to start safely, sanely, and consensually experimenting with power play! In my experience, the deeper you go into unapologetically naming what you want, the more healing and gratifying sex becomes. And there’s no need to be an expert overnight! The beginning of the journey can be the most exciting part. Savor it!

Lina Dune is a 24/7 collared submissive, passionate writer, kinky memestress, and, most importantly, a fairy submother to all who seek her advice. Her name is derived from two Anais Nin stories, “Lina” and “Woman On The Dunes.” She is based in Los Angeles and lives on Instagram.