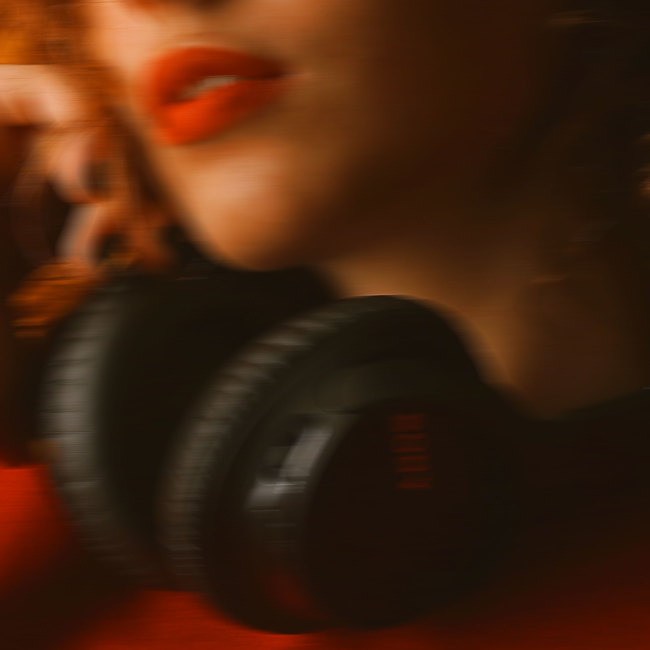 That’s why it was exciting when the author concluded that Dipsea “seems to have created a genre of its own, with audio details that enhance a sense of pleasure, safety, and calm.”

Being lauded for creating a new genre is pretty exciting, but the truly essential part of that quote is recognizing that it’s being done in an entirely new medium—audio.

Dipsea: Ok, starting off big here. What is audio erotica?

Angela: For me, audio erotica is a sensorial experience that allows you to use your own imagination while listening to sexy things.

Selene: It’s a form of storytelling that harnesses the inherent intimacy of sound to create and immerse the listener, and guide a listener back to their own sensuality.

Kristina: With other forms of storytelling or even with podcasts, they’re categorized by their ability to entertain and inform, but where others are maybe trying to move their audience toward larger actions, for instance, investigative journalism’s potential call for outward social action or change, audio erotica is asking you to take an inward micro-step toward self-pleasure. Which is also really powerful.

Angela: Yeah, tune into the stories but also to yourself.

Selene: If you're watching something, you’re more of a passive consumer—it’s traveling to you. But if you’re listening to something, it’s all around you—you’re in it. It’s like being in an ocean or a body of water where you’re quite literally, in this analogy, immersed, versus being splashed in the face with water or being hosed down. That’s audio erotica.

Kara: Also, the accessibility part of it is important. A lot of erotica available online is visual, and for people who might not be able to access that , this is such an important option.

Kristina: One thing that also just sparked for me is thinking about how we receive stories naturally, how we receive dirty talk from people outside of erotica in our real lives, and I think that audio erotica allows us to simulate somebody actually whispering in your ear and makes it feel like it’s beaming into your body versus the distance of the page or screen. It’s like Selene was talking about, jumping in the ocean versus the splash.

There’s so much we don’t have to spell out because you can just hear it in the way the actor pauses, or gasps, or in what they don’t say. The silence. There’s so much you can infer and read into that way that might have to be super spelled out in written erotica, for example, and also isn’t even there in a lot of visual erotica.

Angela: Also in the way things are said—all the stories are consensual and respectful in their own ways and not all audio erotica is necessarily like that, but we’re like that, and that’s something that will hopefully let you listen and feel safe.

Kristina: And that’s kind of hot too! You have your little secret, it can add to the hotness.

Angela: There’s a feeling when someone whispers in your ear that is just as physical as it is auditory. The different sounds you hear, the different ways someone talks—you can literally feel them, not just hear them.

And there’s certain things, like when we recorded the perfect ass clap and thrust, that sort of changed everything for us and it was a big deal. We’re still getting better at the ass slaps!

There are so many things that we’re just learning about what is and isn’t a turn on. Like slurping, like overt slurping. Even if that’s realistically what you hear when you’re having sex, that might not be what you’re focusing on when you’re having sex. You’re focused on the person from your perspective, and that’s what we want to emulate, all of the heightened, sensorial parts of sex. All of the sexy sounds that can be fun, without trying to make a documentary.

That’s a good metaphor for how we think of all sound design. We’re capturing the essence without capturing it verbatim, whatever the sonic equivalent of verbatim is.

And we find that heightening certain sounds—for me, I love having a whisper—that works really well. Angela has done so much amazing work on creating the perfect Dipsea kiss.

Angela: Silence can say so much more than words.

Kristina: And also music! We use music to set up a vibe and to vary it up so that we’re not creating a wall of breath, a breath cyclone if you will, that can just feel like white-noise. We’re trying to build a cadence and a rhythm.

Angela: Selene already said mine, but I like a whisper.

Kristina: After makeup brushes, I like a distant ocean hum.

Kara: I also like this sound . I guess I should describe it! It’s the sound of hands running over thick paper, like cardstock, or cardstock ripping. That might be my favorite sound in the entire world. Even cutting it. Since I was a child.

Kristina: I love drawing too, to pair with your cardstock moment. Pencil on paper, like in the Dipsea stories Virgo Season and The Shop. A sound I really don’t like is like is magic marker on paper, it’s squeaky.

Angela: And skin on skin! And how much the rhythm of that matters. Whether someone’s just caressing someone, or if there’s skin on skin in a more sexual way. If it’s too fast in a very soft, sweet moment, then it sort of takes away from the moment. But if it’s right, it leans into the comfort of it.

We try to do that with city sounds outside, or a bird. I think that’s the first entry point, we need this, we need some sort of inviting immersion to bring people in right off the bat before we even get to the sexiness.

Angela: Translating an inward experience through acting is important as well, so that there are feelings involved, as opposed to just outward projection that doesn’t have any inward emotion involved with it.

Kara: And consent! Obviously consent is the most important part of any sexual experience, or any experience, and specifically in erotic audio because there’s not a visual aspect you have to hear consent, and that can be written in. Our writers do an incredible job, even if it’s not going to be a spoken “Yes, I will have sex with you right now,” which they would never write like that. But it can be an affirmative sound, or some sort of non-verbal audio affirmation. That is always, always captured when we’re doing recordings, and that’s one of the biggest parts of the work that we do in audio erotica.

Also, I know we already talked about this, but music. A final shoutout to music!

Selene: The inviting and enticing nature of our stories is embedded in the sound design and woven into every part of production, from the conception of the piece. We know that eroticism is fragile, and that an awkward moment or something embarrassing can shatter it. It’s very delicate, so we create narratives and vignettes where we try to make sure at all times listeners are held and safe and secure and relaxed and guided into a mood point where they feel safe to be vulnerable, or dabble in taboo. That care is really important.

Discover and explore for yourself

We’re certainly not alone in saying that Dipsea is one of the best options out there, there are quite a few people who seem to agree. But ultimately, that decision will be up to you.

So what are you waiting for? Dive in!