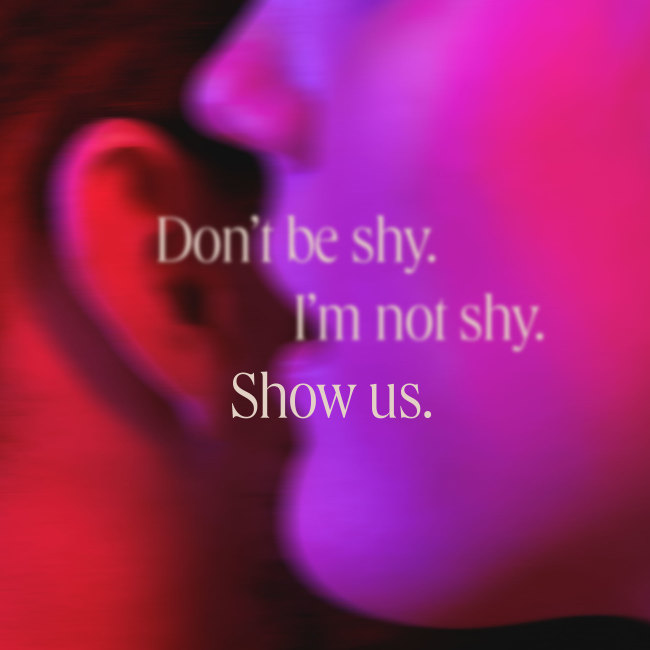 Most of us learned about relationships from our parents and the communities we grew up in. If most of the relationships you knew were couples, and ethical non-monogamy was nowhere to be seen, it's no surprise you were raised to think of a committed dyadic partnership as relationship goals.

However, some people choose to challenge the notion that we have to limit sexual or romantic relationships to one other person by embracing ethical non-monogamy.

Some studies indicate that monogamy didn’t become the norm until plow agriculture made paternity important for passing down land ownership. (Who knew farming had such an impact on our sex lives?) Now, we know sex and sexuality is about so much more than procreation.

Even though non-monogamy is a valid relationship structure, it's often undiscussed. Consensual non-monogamous relationships aren’t always visible because of the judgment people engaged in non-monogamy feel from family, friends, and society. It's almost as if people are more comfortable with infidelity than with talking about non-monogamy.

Many people enter relationships assuming a monogamous commitment because they don't know other options exist. But the truth is we all get to have the relationship we want, whether that means a couple, a thruple, or a few different relationships with various partners.

Considering ethical non-monogamy for the first time? You might be wondering how to get started and what the difference is between polyamory, swinging, open relationships, and more.

Non-monogamy can exist in any form you and your partner (or partners) want, and it’s helpful to have a starting point for discussion. Here are some details about non-monogamous relationship structures, why people choose them, and what makes them work. Plus, we’ll share our thoughts on why the term “ethical non-monogamy” deserves a much-needed update.

What is ethical non-monogamy?

Ethical non-monogamy, or ENM, is an umbrella term people use when they have consensual sexual or romantic relationships with more than one person at a time. One in five adults reports having a non-monogamous relationship at some point.

People practice different forms of non-monogamy, and each group has its own ideas about what makes non-monogamy ethical. In each of these relationship structures, the focus is on honest communication and consent from all parties.

Here's a brief (non-exhaustive) list of the types of non-monogamous arrangements.

These relationships can be open or involve polyfidelity, where a closed group of people remains faithful to each other. One thing polyamorists agree on, however, is consent and communication are vital to successful partnerships.

Swinging couples engage in sexual relationships with other couples but don’t typically get romantically involved. Many swingers consider themselves “monogamish.” They are socially monogamous but engage in various levels of sexual activity with others.

There are clubs, resorts, cruises, and other organizations dedicated to those in the lifestyle. These events are not the sort where everyone throws keys into a giant bowl and swaps partners. Typical swinger parties and events look like your weekend evening out with less clothing. There’s a focus on sensual environments, flirting, and consent.

The casual arrangements outside of the primary partnership provide variety and fun as long as everyone is on board with the established rules.

Some people refuse to place romantic relationships above friendships. They don’t want one primary partnership to take over their lives. Relationship anarchy offers a way of life that allows people to fly solo when they wish but have many close people in their lives. Some of these relationships are sexual, and others aren’t.

The appeal of consensual non-monogamy

People get to have the kind of relationships they want. For many, that means a committed relationship with one person. For others, it means a series of monogamous relationships throughout their lives. But monogamy, serial or not, doesn’t have to be your default setting. Ethical non-monogamy is appealing for a variety of reasons.

Honoring your unique sexuality and needs

People often assume those choosing a non-monogamous relationship do so because they want to have multiple sexual partners or because their primary relationship is lacking.

But non-monogamy isn’t all about sex. Some non-monogamous people are asexual, and others have romantic relationships not involving sex. For some, the emotional connection is more critical than the sexual relationship.

Enjoying intimate relationships with more than one person can be especially beneficial to bisexual or pansexual people who don't want to choose one gender. Other people select non-monogamy as an answer to unequal sex drives. This can work in an otherwise secure and loving relationship.

People who choose non-monogamy cite autonomy as a reason for having multiple romantic partners. Autonomy is more about individual freedom than having a variety of sexual encounters (but those are fun too!).

In a long-term relationship, it’s common for people to lose a sense of themselves. Non-monogamous relationships can protect against losing yourself to please one other person.

Removing pressure for one person to fulfill all needs

For people desiring personal growth, non-monogamy offers opportunities to challenge cultural beliefs about relationships. When we grow up with a narrative of finding one soulmate, expecting that one person to meet our needs and make us happy is almost compulsory. People in non-monogamous relationships realize no one person can fulfill us in all areas.

Monogamy is not the default, and if ethical non-monogamy feels like the right choice for you, you have every right to pursue it and enjoy it.

The word “ethical” is often used as a qualifier to differentiate these relationships from cheating or non-consensual non-monogamy. Some argue adding the caveat "ethical" makes it seem as if non-monogamy is inherently immoral.

Since the principles of non-monogamy involve open, honest assessment of personal needs and relationship goals as well as clear communication with everyone involved, it seems ethics are inherent. The only concern in non-monogamous relationships should be if all people involved know what they’re getting into and consent to it. That's no different than any other relationship.

Some couples enter a non-monogamous relationship, and others decide on an open marriage or relationship after being monogamous for a time. Whether it happens from the start or morphs into an open relationship, what makes these arrangements work is love, self-awareness, and honest communication.

The sort of love required by ethical non-monogamy is free of control. Non-monogamy requires compersion, which means a sense of joy at your partner's enjoyment of another person or experience. Compersion isn't the opposite of jealousy but rather the willingness to move through feelings of jealousy to prioritize your partner's happiness.

Be self-aware and reflect often

People seeking non-monogamous relationships need a high level of self-awareness. Getting into a relationship with more than one person means you have to be aware of your physical affection, time, and communication needs and be willing to meet the needs of others. If you have any insecurities or triggers, identifying them is essential so you can communicate them to your partners.

A common concern of couples considering non-monogamy is how to deal with jealousy. Those who embrace ENM relationships understand jealousy happens and can be an opportunity for both connection and personal growth.

As you start out, remember this: Your partner’s connection with another person doesn’t diminish their feelings for you. That doesn’t mean it’s easy to believe right away! Take some time to contemplate your feelings and insecurities as you start this new chapter. This very normal emotional process can help you grow in your confidence and sense of self-worth.

Check in regularly and honestly

In all non-monogamous arrangements, honest communication, especially about complicated topics like sex, jealousy, and mental health, is vital. People in open, swinging, or polyamorous arrangements regularly check in with their partners to ensure the relationship meets everyone's needs.

Non-monogamy requires mutual consent about things such as the use of dating apps, threesomes, sexual health precautions, and what to do about any feelings that arise.

Most non-monogamous partners create a set of rules to ensure the arrangement meets everyone's emotional and physical needs. Everyone involved has a right to feel safe, loved, and secure. These rules may change over time through experience and communication.