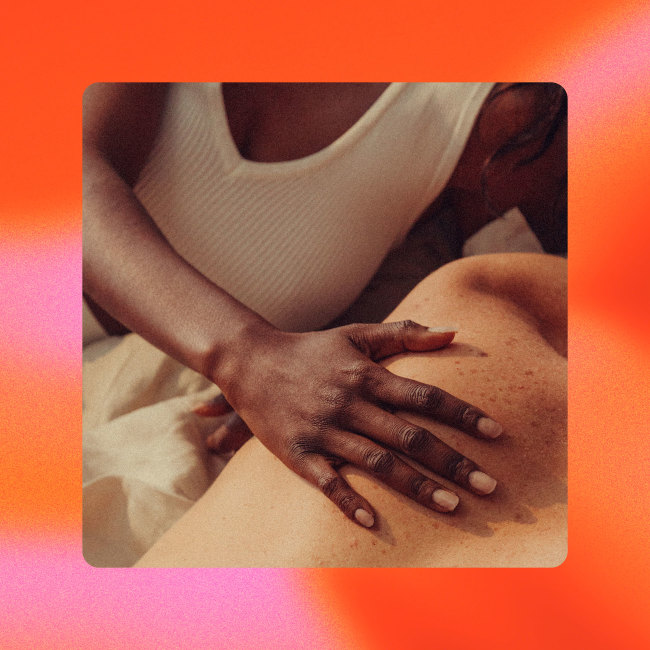 Do you remember the first time you felt a flash of arousal? Maybe you were watching a sexy music video, or reading the Twilight series, or hanging out with your friend’s older brother, and you suddenly felt a tingle that you hadn't experienced before. That initial flutter is usually a memorable moment, one that many pinpoint as the start of their sexual awakening.

Mine hit me when I stumbled across a late-night screening of the hit 90s TV show Eurotrash. Jean-Paul Gaultier (yes, the real one) and his friend, Antoine de Caunes, hosted this off-the-wall series that was packed full of unashamed nudity. Minutes into one naughty episode, Swedish supermodel, Victoria Silvstedt, appeared on screen almost completely naked and to my surprise, I was immediately turned on. Puzzled by this feeling between my legs, I kept quiet, but I forever remembered that first sensual fizz. It quickly became my favorite program to watch during my teens, and not because it was funny.

This got me thinking about other people's sexual awakenings. It seems that early fantasies and sensations stick with us, whether they’re tame, wild, fictional, true, or just plain confusing. So, in the interest of nostalgia and the power of shared experiences, a group of people revealed when—and how—they experienced their first-ever sexual twinges.

"The Cruel Intentions kiss! That's the first time I got a clit jolt. I was only 11 or 12 when I watched it with my older sister and her friends. I remember getting really embarrassed because I wasn't sure why it happened or what it meant. I was convinced everyone in the room could see a bright red light beaming from my pants. Thank god it was dark because my cheeks went beet red. Something about their wet tongues rolling over each other really did something to me that day. I still fantasize about the moment they pull their lips apart and a string of spit lingers between them. I'm convinced that scene is the reason why I exclusively watch girl-on-girl porn."

"I think I was about eight years old when I first felt some movement down there. My friends and I had this messed up game that involved lining local boys up in front of a wall then kicking a ball at the ones we fancied. If it hit them, we got to kiss them. I locked lips with my crush Kit and electric shocks crackled inside my pants. After that, I used to fantasize about him constantly."

"I think I was about eight years old when I first felt some movement down there. My friends and I had this messed up game that involved lining local boys up in front of a wall then kicking a ball at the ones we fancied. If it hit them, we got to kiss them. I locked lips with my crush Kit and electric shocks crackled inside my pants. After that, I used to fantasize about him constantly."

"My fantasies always involved Leonardo DiCaprio. It started after I watched Titanic when I was a teenager. I used to pretend I was Kate Winslet and imagine Leo was drawing me naked. The pure thought of it turns me on even now."

"My best friend's parents were a lot richer than mine, which meant her house was always decked out with the latest fancy gadgets. Think speakers built into the ceilings, cable TV, marble worktops, a hot tub, and best of all, power showers in every single bathroom—including her ensuite. My first sexual twinge happened right there. I remember feeling the heavy water pummelling my back and thinking it would feel incredible elsewhere, so I moved the jet to my sweet spot. That was the first time I ever came—standing in my friend's shower with wobbling knees and flushed cheeks."

"I remember my first fantasy so clearly. It was Christina Aguilera's 'Dirty' video. The flashing red knickers, the chaps, the dancing—I'd never seen anything like it. It was hot, sweaty, and sexually charged from beginning to end. I taped it on my VCR and would watch the video when my family went out. For about a year after that, every time I jerked off I imagined Christina dancing in front of my face in her thong. Sometimes, I still do."

"I used to sit on the wooden bedpost at the end of my bed when I was about 10 and just rub myself up against it. I can't pinpoint an exact story I dreamt up, but it always involved me pushing myself against hard objects!"

“I had the raging horn over my best friend's older brother. I used to sleep on a pull-out bed in her room and dream of him creeping in at night to wake me up and kiss me in the dark. I spent about four years reliving the same fantasy, over and over. I'd even brush my hair and lay it out on the pillow so I looked nice in my sleep. When I was about 15 my dream came true. We ended up getting caught red-handed in his bed by my friend's dad but it was totally worth it.”

These moments of sexual desire that emerge during adolescence are nothing to be ashamed of. It's totally natural for teens to explore their changing bodies and work out what feels good for them in order to foster positive future experiences—both solo and with a partner. Sometimes that curiosity is lost in adulthood, so why not think back to your own first flutters and nurture that curiosity now? It could spark a whole new sexual awakening.

Claire Blackmore is a freelance writer and editor focusing on women's health, beauty, fashion, travel and sex. She specializes in straight-talking body, sex education and self-care features, plus trend reports on shopping, style, skincare and wellness.