There’s a lot of public sex happening in the Dipseaverse. Like, a lot a lot. Dipsea characters will get it on pretty much anywhere the mood strikes. In a car on the side of the road. In an empty movie theater. On a train. Definitely in the library. They’re big fans of the library.

Some of it is planned sex outside the bedroom, where longer-term couples are looking to try something new with each other, or newer pairs are seeing just how far they can push the limits with their new partner. Other times, it’s spontaneous. The spark, the heat, the desire is just so frenetic that it’s impossible for them to resist any longer.

Believe it or not, there’s a long documented history of public sex and also some psychological and scientific information available as to why so many people are enthusiastically disrobing in the great outdoors.

But what is that rush exactly? And it is the only reason people are having sex outside the bedroom? Believe it or not, there’s a long documented history of public sex and also some psychological and scientific information available as to why so many people are enthusiastically disrobing in the great outdoors. Let’s get into it:

They had nowhere else to do it

Historically speaking, queer people have had their sex lives policed and politicized for most of modern history. So much so that for many queer people, it became easier to try and solicit sex in semi-private public locations rather than do so at home, where they may fall victim to the prying eyes and ears of nosy neighbors.

“I think of it in class terms, really,” author Jeremy Atherton Lin once said. “Think about affordable housing. You may not have been able to be totally private, and if your neighbor could see you, they could say your act was an affront to their sensibilities. I think a lot of it has to do with, obviously, finding a place where you can go to get off, but I think that often comes back to what you can afford.”

Although there is less of a threat of that now, cruising (the act of soliciting sex in semi-public spaces) is still very much a part of queer culture. There are even spots, like San Francisco’s Marshall’s Beach, that are well known for it.

As sexologist Dr. Jessica O’Reilly put it, people might enjoy sex outdoors simply because of “the feel of fresh air against the skin — and the experience of various temperature changes.”

We’ve said it before, and we’ll say it again, sensation play is fantastic. And when you’re outside, everything is a fresh sensation. The weather is certainly one factor, but whatever surface you find yourself up against and the sounds around you might also provide a fun new dimension to the experience. But, for every good sensation, there is the opportunity for a misplaced branch or a gust of sand to ruin a good time. Just make sure to be aware of your surroundings if you’re getting frisky in the forest.

There are plenty of ways to give your brain a little dopamine boost. Some quiet meditation, a particularly good joke, or getting a good night’s sleep are all viable options. And, according to Dr. Dawn Michael, we can also add engaging in public sex to that list.

“It is the same hormone that gets released when we do something that creates excitement, like riding a fast car or zip lining, as well as exercise,” she said. “Dopamine also affects desire and can increase arousal in most people. Arousal is one of the main reasons why it may feel so good.”

Just for the thrill of it

Maybe you consider yourself a bit of an exhibitionist, or maybe you’re looking for a fresh way to connect with a partner. Yes, it’s nice to know that there’s a scientific justification for why being naughty feels so nice, but you don’t need permission to experiment and explore.

The notion that you might get caught, the requisite hurriedness needed to avoid that, even the attempt to keep yourselves quiet to be discreet. All of those factors add up to what makes sex in public so thrilling for those who choose to indulge. You don’t need permission, but you do need to be safe!

If you’re interested in exploring sex in public but aren’t quite ready to get out there yourself, we’ve got you covered.

No matter your reason for engaging in public sex, the important thing is to remember that it should always be safe and consensual for both the parties engaging in it and those who might stumble across it. Sex in most public spaces is illegal, and the last thing anyone wants is to end up in trouble for something that was supposed to be a good time.

If you’re interested in exploring sex in public but aren’t quite ready to get out there yourself, we’ve got you covered. You can start by perusing the “In Public” tag in the Dipsea app or check out two of our favorite stories including sex in public below. Happy listening; we’ll see you out there! 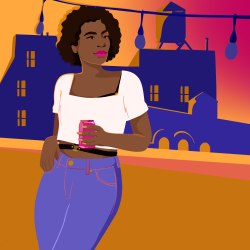 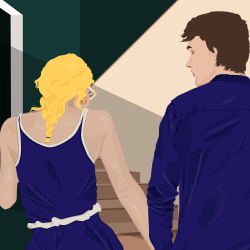