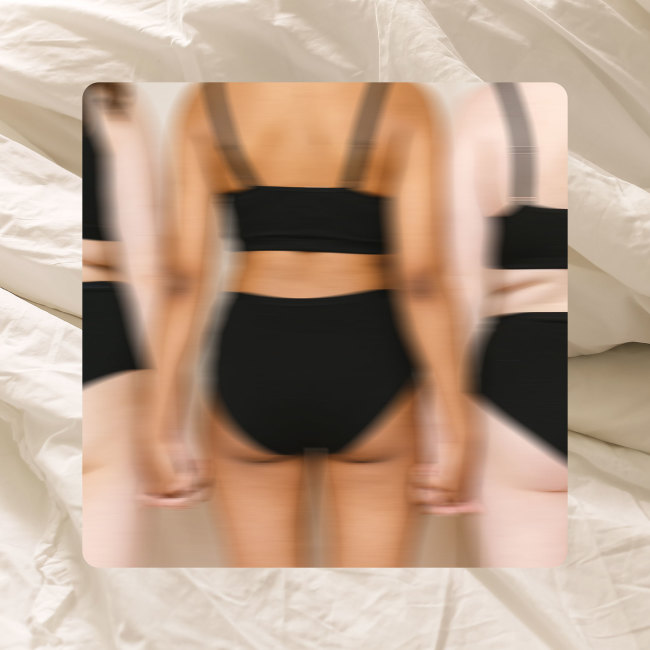 One of the major benefits of our modern sexual revolution is the realization that we can define our relationships however we want. The only people who really have a say are the people in it.

We have more freedom than we've ever had as attitudes around queerness, non-monogamy, and sexual fluidity become part of the vernacular. At this point, pretty much everyone knows at least one person whose lifestyle doesn't fit with the cisgendered, hetero-monogamous mold.

For some couples, this idea of openness can be freeing, whether you're starting fresh or in a long-term partnership. For others, the idea of non-monogamy of any kind is frightening or anxiety-inducing. That might be worth exploring—or you can stay exactly as you are, no pressure from us.

How to find a third person for the bedroom

Formulate a plan: Questions to ask and answer upfront

You and your partner should decide together what you'd like to happen with this third person you're searching for. Here are some questions to guide the conversation:

Answering all these questions will help you formulate a plan. You'll use this information to fill out your dating app profile, which is probably the best way to go about your first-time search.

There are a number of online dating apps for non-monogamous hook-ups to choose from, and you can either start with just one or go big to give you and your partner a lot of potential options. All of the apps we'll share here have strict privacy policies, so you can feel safe that your personal information won't leak all over social media.

That being said, nothing can stop a person from taking a screenshot, so be smart about when you show your face or other recognizable physical features like tattoos in sexy photos. Most users start by posting photos that don't include these things and may share them with individuals once they've matched.

Be honest on your profile

Examples of ways you can broach this topic include:

In the last example, this couple is clearly looking for a “unicorn.” Unicorns are single, bisexual women looking for couples to hook up with (usually male-female). They're called unicorns because they're highly sought-after and pretty hard to find—kind of like a mythical creature. Couples seeking them are sometimes called “unicorn hunters” (but not in a good way).

One of the reasons this type of single woman is hard to find is because going into a sexual situation with two strangers alone as a woman isn’t without risk. Plus, many single women and nonbinary people on apps experience frustration when trying to date because there are so many unicorn hunters out there.

Be mindful and respectful as you correspond with single women, and put your intentions in your profile so there are no surprises.

The best apps for finding a third (or a couple)

Here are the most versatile apps for how to find a third person for the bedroom—or a couple or group:

You'll be more likely to find a potential unicorn or other single person on one of these apps than the traditional dating apps like Tinder and OKCupid:

Each of these apps allows either a single person or couple to create a profile that describes themselves, what they're looking for, their sexual fantasies and desires, and a place to post photos. They're all relatively similar, each with its own special perks and bonuses. By signing up for more than one, you'll cast a wider net in your geographic area, but it's not necessary to do that if it sounds overwhelming, especially at first.

We'll start by saying that the label itself doesn't really matter. As long as you and your partner know and agree on the rules of engagement, what you call your relationship status is more just for the purposes of explaining it to others (and checking that box on an app).

That being said, it doesn't hurt to have a lay of the land when it comes to the vocabulary of open relationships. At the very least, learning the words can give you a springboard to open up the dialog in a safe, respectful way. It will allow you to be upfront with each other about your own sexual fantasies: which ones you might be able to realistically bring into reality and which ones are off-limits.

This will also give you the language you need to communicate clearly and respectfully with a potential third person about what you’re looking for. That way, they know exactly what to expect.

Non-monogamy is an umbrella term for any form of open relationship. The other terms in our lineup are all forms of non-monogamous relationships. Consenting adults in an open relationship may choose to simply use this term to define themselves, or they may drill down to a more specific term that comes with particular parameters.

The term monogamish means that two consenting adults in a long-term, committed relationship agree to allow for the rules to bend when it comes to going outside the relationship.

It was first coined by Dan Savage, a sex advice columnist, host of the Savage Lovecast podcast, and founder of HUMP! Film Festival. He defined his own gay relationship of almost three decades this way as a means to normalize open relationships and begin to remove the expectation that strict monogamy is the only way to truly love your partner.

Monogamish relationships may include remaining in a committed partnership while having romantic, non-sexual relationships with one or more others, or opening up sexually while remaining monogamous emotionally.

Polyamory is having more than one romantic and sexual partner. Essentially, it's having two or more relationships.

Everyone engaged in polyamory may do it a little differently. There may be a primary partner (like a spouse) and other secondary or tertiary partners. There may be a relationship in which three partners are equally engaged with each other. It can take a lot of different shapes, but ultimately, polyamory is sharing both mind and body.

Swingers are two committed partners who bring a third person or another couple into the bedroom, usually with no strings, usually just a hook-up. Some swingers are also monogamish. Swinging is primarily about sex and fun, while polyamory includes love and affection.

You don't have to go to a swinger club or sex party to be a swinger, but many swingers have at least tried that to find potential partners. Swingers can swap partners, engage in a three-way, be fully open to every potential sexual activity, or define certain acts that are off-limits.

Go forth and get it on

It's important to acknowledge in advance that things might not always go exactly how you expect them to. There are risks to this type of relationship, but there are also risks to monogamy—research points to infidelity as one of the top reasons for divorce in the U.S. year after year.

One might argue that opening things up ethically and honestly could actually save a marriage rather than ruin it. But if you're still on the fence and want to dip your toe in safely with zero risk, listen to some sexy stories on the Dipsea app about non-monogamous hook-ups.

Listen to Lexi, Jada, and Mateo get up close and personal in In the Dark, or Get Intimate with Megan and Robin in this first-person POV story with two lovely ladies. You might find that certain elements of these stories send tingles in all the right places and give you just the motivation you need to start scrolling the apps.