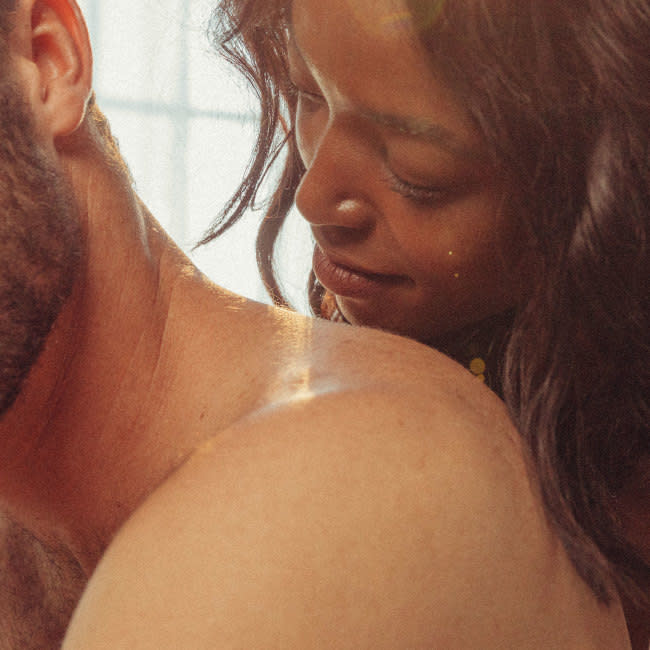 How to increase intimacy with aftercare

Looking for a new aftercare routine? Dipsea has you covered.

When sex ends in the rom-coms many of us were raised on, we see that classic pan to the drapes shot, followed by a (usually white, heterosexual, cis) couple lying in the sheets, maybe smoking a cigarette, maybe with the woman wearing the man’s shirt. Important plot points are advanced, and the pair goes on with their lives. But in real life? There’s a lot more that goes on than panning to the draperies, and I don’t think I’ve ever seen someone light a cigarette in bed after sex in real life. Navigating post-sex moments can be awkward, distressing, or just anti-climactic, depending on the situation. It can also be wonderful, reenergizing, and connective, but that takes work.

So, what do you do if you want to build a more intentional moment into that post-sex time? That's where aftercare comes in. Want to hear it in action? Check out these stories.

The importance of aftercare

Aftercare got its start as an antidote to sub drop and top drop, experiences that can be triggered by the comedown from adrenaline and endorphins in a BDSM scene, and commonly look like sadness, dysphoria, or just plain disconnection following a sexual encounter. But the reason aftercare has crossover appeal for all kinds of sex, kinky or not, is because even your most run-of-the-mill sex has the potential to bring up a lot of feelings. Whether it’s body insecurity, unexpected feelings of shame, or even the physical sensation of release after an orgasm, it’s not uncommon to find yourself feeling a little off or even sad after sex. There’s even a name for it—post-coital dysphoria.

Post-coital dysphoria refers to feelings of melancholy, anxiety, agitation or aggression immediately following sex. One study found that 46% of female-identified respondents had experienced PCD at some point in their life. The same study found that, contrary to many articles on the internet that claim that PCD might be a response to the lack of intimacy in casual sex (toxic monogamy culture if I’ve ever heard it), that PCD actually has no correlation to intimacy in close relationships.

So, if all sex carries with it some level of emotional risk, aftercare provides a roadmap to meeting any feelings that may arise without judgment.

How does it work?

Finding the perfect aftercare practice for you may take some trial and error. The most simple place to begin is to simply set aside time after sex for non-sexual physical closeness with your partner and a verbal check-in. It can be as simple as a cuddle and a “how are you?”

The idea behind aftercare isn’t that it is some magical cure-all, but rather that being able to rely on this consistent and intentional space being held after sex eases the subconscious a little and makes both partners a little more comfortable. Knowing that sex will end in a way that is emotionally supportive is the ultimate goal of aftercare.

If you’re looking for more ideas to incorporate into your aftercare practice, consider these:

Build yourself an aftercare kit. Make a post-sex playlist of happy, soothing music, have a favorite soft blanket or good-smelling candle on hand, and use your post-sex time together to bliss out on nice sensations.

Think about your health. If either you or your partner is a vulva-owner, a post-sex pee is essential for avoiding UTIs. How can you make that trip to the bathroom more intentional? Could you spray some essential oils? Use a nice hand cream? Splash some water on your face?

Expand your toolkit of nonsexual touch. Aftercare isn’t all about soft objects and good smells—your partner is right there! How can you explore types of touch that feel only supportive and gentle, rather than sexual, in this moment? Would it feel good for them to run the backs of their fingernails against your back? To gently squeeze you? To hold you tightly or loosely? Articulating what feels good in that moment can be a lovely way to connect.

Talk about it. Using aftercare time to give feedback on the sex that just transpired can be a great way of getting in the habit of communicating your needs, especially if you have trouble expressing them in the moment. Also, it’s a great time for mutual affirmations, so you can both hear what you’re doing right. Tell your partner what you really liked, what you want to try more of, or how you could have experienced even more pleasure.

Be unconventional. Not everyone’s aftercare looks the same, and what you need on one day might be totally different on another. Sometimes you might enjoy a cuddle and a chat, others you’ll maybe need a warm bath and a big glass of cold water, and on another, you might need to stretch, go for a walk, or do jumping jacks! It’s your nervous system, and you get to regulate it however feels authentic to you.

A word about aftercare and casual sex

If you’re reading this and thinking, “yeah, yeah, that’s all fine for couples but no way am I doing this with a casual hookup,” that’s totally understandable. It can feel weird to insist on this level of vulnerability with someone you don’t know well. But maybe it’s worth reframing to yourself, and aloud to anyone you hook up with, by thinking of it as an issue of mutual care rather than an indication of heightening feelings or early commitment. That is to say, if we can swap spit and exchange orgasms with somebody, the least we can do is offer a brief cuddle afterward if that’s what either partner wants.

How to talk about aftercare

When laying out your expectations for aftercare, a great approach is discussing it with your partner(s) before sex begins. Let them know aftercare is a requirement for you, or at least something you want to try. That conversation can look however you need it to, but here are a few prompts to get you going:

“Do you know what aftercare is?”

“Aftercare is a requirement for me after sex. Do you think we could take a few minutes afterward to check in and cuddle?”

“After sex sometimes I can feel if I don't take a minute with my partner to process."

“I know the last couple times we haven’t done this, but I’ve realized aftercare is something I need even after a casual hookup.”

As you get started, remember that aftercare isn’t aftercare unless it is intentional. So have a conversation then get to cuddling! It might feel unnatural or silly at first, but over time it will start to feel like the good sexual and emotional hygiene practice it is, and will be there for you through thick and thin.

Lina Dune is a 24/7 collared submissive, passionate writer, kinky memestress, and, most importantly, a fairy submother to all who seek her advice. Her name is derived from two Anais Nin stories, “Lina” and “Woman On The Dunes.” She is based in Los Angeles and lives on Instagram.