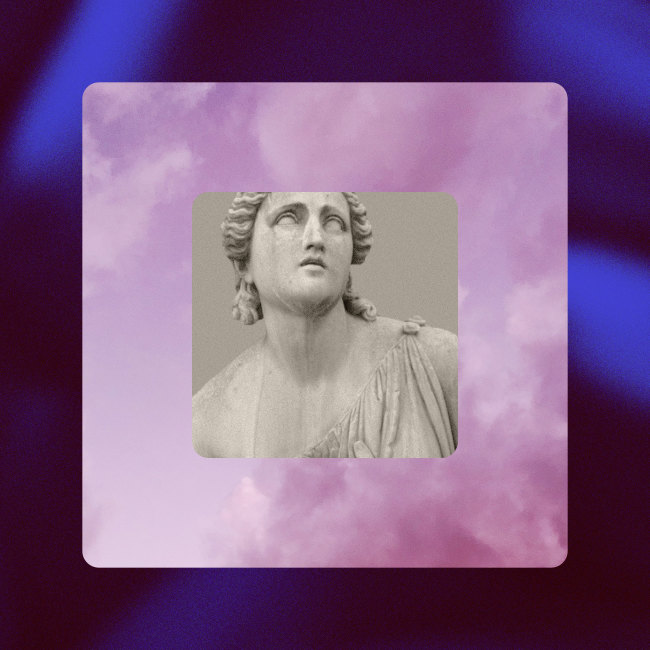 How to have multiple orgasms: 8 ways to make it happen

Ready to connect with yourself in a whole new way? Dipsea has you covered.

If you've never experienced the elusive multiple orgasm, you might be thinking that the ability to have more than one orgasm during a single sex sesh is a fantasy. This might be especially true if you have trouble climaxing even once during sexual activity. But trust us, not only are multi-orgasmic experiences possible, they're possible for people with any type of genitalia. That means that people with vulvas and penises are physically capable of ramping up and climaxing one, two, three, even four or more times. Let’s celebrate that, okay!

There's a lot of available information about multiples for vulva owners, but with men (or people with penises), the code is a little bit harder to crack. There's only sparse research on the topic, and what we know so far is that the male orgasm and ejaculation aren't inextricably linked. Wild, right? More on that later.

Achieving and giving multiple orgasms could be a fun goal for you and your partner to start working toward, and it can be a solo activity too. Let's dive into the details about multiple orgasms, how to have them, and how to give them.

Thin science: What we know so far

While the scientific world has been slow to research female sexual anatomy (compared to male sex organs), the world of multiple orgasms tends to belong to vulva owners. Less than 10% of cis men in their twenties and 7% of cis men in their thirties or older seem to demonstrate multiorgasmic ability, while the International Society of Sexual Medicine states that most cis women can have multiple orgasms, but only about 15% actually do.

Some of this discrepancy does have to do with anatomy. When penis owners orgasm and ejaculate, there's a post-coital refractory period in which they're incapable of responding to sexual stimulation or maintaining an erection. This refractory period doesn't apply to all people with vaginas, and many sexologists believe that the big difference is the act of ejaculation that separates those with penises from those with vaginas on this front. (There's one documented exception, in which a man was able to have six orgasms that included ejaculation within a 36-minute period without ever losing his erection. We're tired—and excited—just thinking about it!)

So it would follow that if (most) penis havers can manage a first orgasm without ejaculating, then they might be able to have multiple orgasms after that. Unfortunately, there's little available research on this topic in the peer-reviewed scientific realm, so we have to turn to sexperts and anecdotal evidence.

For people with vaginas, it's a different equation. Those who don't require a refractory period (or just need a short one) are capable of having more and longer orgasms. In fact, if you've ever seen “Masters of Sex” on Showtime, you know that Masters and Johnson’s revolutionary sex research discovered all manner of possibilities in the female orgasm. One person’s vulval orgasm was clocked at 43 seconds! Something to aspire to, y’all.

The nuts and bolts of multiple orgasms

There are two main ways to have multiple orgasms:

Essentially, if you're having more than one orgasm in a single sexual encounter within a relatively short period of time, that counts as multiples. They don't have to be back to back without coming up for air, although they can be.

How to have and give multiple orgasms

Your mindset, your anatomy, and your self-knowledge can all pave the way not only to reach orgasm in general but to achieve multiple orgasms. While your partner may be eager to give you pleasure, you’re making their job a lot easier if you’re fully present, and the same is true in reverse. The better you and your partner know yourselves, the more likely it is that you’ll be able to pleasure yourselves and each other.

While most of what we share here applies to everyone, we'll point out when we want to focus on vulva owners vs. penis owners.

The details differ when it comes to anatomy and ability to climax consistently, in addition to a few other factors. The reasons for these differences are both biological and sociological. Frequency and comfort with self-pleasure and masturbation, as well as personal knowledge and confidence about what they like and want, are potential explanations for some of these differences. But we hope to continue to see the lines blur between the sexes as cultural expectations of women change. There’s tons of work to be done, but culture has started to embrace female sexuality and pleasure and empower women to explore and state their needs in the bedroom.

Just as a few data points to drive this notion home: About one-third of women report never (or almost never) having an orgasm during partner play. Compare this to 89-95% of men reporting that they reach orgasm every time they have sex. The question of why these differences exist is multifaceted, but a study on 4,000 twin women suggests that difficulty in reaching orgasm may have a genetic component. We think the culture piece we mentioned above plays a significant role as well.

1. Get into the mindset

Mindset has a lot to do with positive sexual experiences in general. This is true for both penis-havers and vulva-havers, whether or not a multi-orgasmic experience is the goal. If you're tired, stressed, distracted, uninterested, not curious, or not feeling particularly sexy or in the mood, the chances of having a first orgasm (much less a second) is going to be low.

For penis owners, in particular, being open to the idea of having multiple orgasms is a slightly bigger hurdle. That's because (as we already mentioned), they occur far less frequently for them, and many assume they're impossible. We know that in life if you take the attitude that something will never happen, it almost certainly won't, and multiple orgasms fall squarely into that category.

To get into the mindset for multiple orgasms, you'll use similar tactics as you would to get yourself ready for sex in general, just a little slower and a little more intentional. Give yourself time and space to get into the mood. Listen to a sexy story to engage all your senses. Rev up your sexual engine with slow and deliberate foreplay or self-touch, and maybe even try some edging to get yourself closer. (Although edging and multiple orgasms aren't the same thing.)

Don't put too much pressure on yourself or your partner to get it "right" the first time. Like everything in life, practice is the only way to get better, and pressure will only create performance anxiety.

3. Focus on your breath

Breathing is a big part of coming. It's important to understand your own body and its tendencies as you reach climax. Sometimes people naturally breathe faster or more forcefully as they get closer and closer, while others tend to bear down as they orgasm.

Pay attention to your own cues and those of your partner for maximum benefit. You’ll find that you can speed or slow your movements to control how and when you or your partner reach climax, and in doing that, you might be able to flow right into a second or third orgasm.

Whether you're on your own or playing with a partner, you'll want to be patient and pace yourself. Once you have your first orgasm, give yourself or your partner a minute or two before trying again for a second (or third).

You can maintain attention in the moment and blood flow in your genitals by continuing to engage each other without going straight back into it. If you’ve just had a clitoral orgasm, stay away from that area and move to other body parts to avoid overstimulation. Try nipple play, work on your partner’s more sensitive areas, or simply stroke each other’s bellies, chest, or hair to stay in the moment without pushing an already maxed-out button.

This advice is for everyone. All humans have pelvic floor muscles, and Kegel exercises help strengthen them. You can practice a Kegel by engaging (flexing) the muscles you use to pee for two to three seconds, then relaxing. Do 15 to 20 reps and then rest, and try to remember to do them a few times a day. You can try releasing more slowly, pulsing, or holding for longer or shorter in order to engage better. Think of it as a workout for your sex muscles.

You might not believe it, but just like there are no less than 17 erogenous zones, there are tons of different types of orgasm as well. So switching up where you get your pleasure is a great way to be able to climax again and again. Not every erogenous zone will stimulate an orgasm on its own—a scalp massage, for example, probably won’t lead to a climax, but it could help arouse you and get you closer to orgasm once your partner's hands start heading south.

According to Health.com, there are at least 11 different types of female orgasm. For our purposes, we'll list out the ones that focus on particular body parts that are capable of causing an orgasm when stimulated so we can stay focused on achieving multiple orgasms:

Alternatively, if you're consistently able to come clitorally, save that for the second or third orgasm and try some of the others first, or wrap up with the blended orgasm. You might find that some of these other types of orgasms are easier to come by than you think, especially if you give yourself a little help with lube.

Cannabis can increase sexual pleasure and arousal and might make multiples easier to come by. Research is lacking in this area, but if you've ever had sex while high, you know that everything feels more intense, and achieving orgasm is a lot easier. You might find that cannabis helps you pave the way to giving or receiving one of the types of orgasms we listed above.

Just a few caveats: Sometimes, smoking or eating cannabis can give you dry mouth (in more places than one), so make sure you stay hydrated and have a supply of your favorite lube. And second, make sure you're getting your cannabis from a trusted source. We know it's not legal everywhere yet, so just be smart about it.

It's time, are you ready?

It's important to realize that no two people are the same, as you've probably noticed if you've had even one sexual partner who doesn't have the same needs and preferences as you do. So communicate along the way, and make sure your partner is on board with this new endeavor.