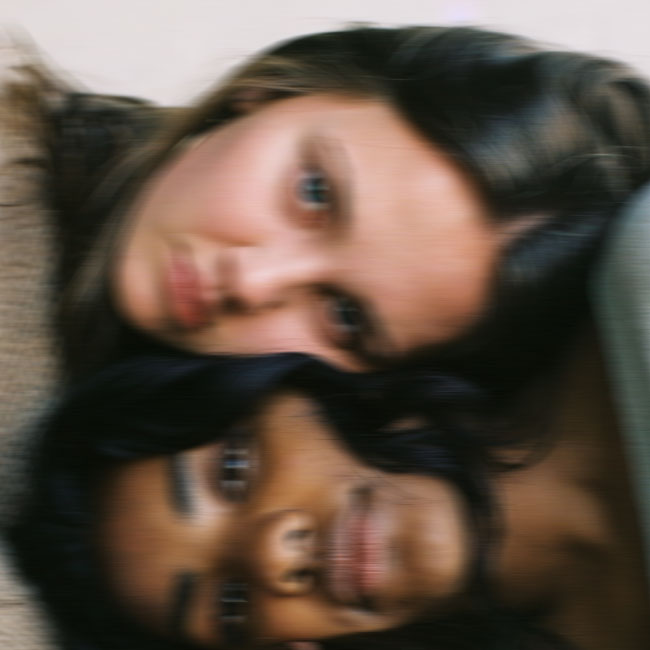 When do our dating preferences become racist?

Right now, many white Americans are being forced to reckon with the ways implicit racial bias influences many of their decisions, and the dating world isn't exempt from this. While it might be more comfortable to focus on examining and dismantling large, structural examples of systemic racism, it's equally important to look at the ways it manifests in our day-to-day lives. Racism is in the air we breathe, and it snakes into every interaction we have, even down to the most mundane, like swiping on Hinge during quarantine boredom.

If you're dating, sexual racism is unavoidable, so much so that you can see evidence of it in modern dating statistics. Dataclysm: Who We Are (When We Think No One’s Looking), published by the co-founder of OKCupid, Christian Rudder, showed that from 2009 to 2014, Asian men and black women were consistently rated the lowest when it came to romantic interest and received the least number of messages on the dating platform. It’s easy to dismiss this as the benign preference of OkCupid users, but when you consider the ways that society has historically desexualized Asian men and perpetuated the stereotypes of Black women being undesirable or difficult, you see that it’s not so much preference as it is racial bias.

The roots of sexual racism can be seen throughout history, with anti-miscegenation laws enforcing segregation even at the level of marriage and sex. It wasn’t until the landmark 1967 Supreme Court case, Loving v. Virginia—when an interracial couple, Mildred and Richard Loving, appealed the year-long prison sentence they were given for marrying—that interracial marriages even became legal. 1967 isn't that long ago—that’s how entrenched discrimination is around race and intimacy.

As much as all of us like to think of ourselves as equal opportunity daters, the truth is many of us hold a racial bias as a result of the culture in which we were raised. Although there’s been an increase in interracial marriage since Loving v. Virginia, as recently as 2015 interracial couples only made up ten percent of married couples in the United States.

In addition to discounting potential romantic partners due to their race, the inverse—dating someone solely because of their race, also known as fetishization—carries its own set of racist implications too. If you date black men because you think they make better sex partners or you date Asian women because you think they’re “easier to get along with” or less demanding, then you’re making assumptions about their suitability as a partner based mainly on their race. And although you may feel compelled to say, "But being good at sex or being an agreeable partner are positive things," remember that inferences made based on race are rooted in racism, even if the conclusion feels positive. Benevolent racism is still racism, folks.

And when it comes to physical attraction, there’s nothing wrong with appreciating certain races for certain physical attributes, but when those attributes become more important than the individuals themselves, you’re entering the danger zone. It’s also important to remember that westernized beauty standards, and the barometer by which we judge “conventional attractiveness” are rooted in white supremacy and anti-blackness.

As a millennial black woman who spent the better part of a decade dating and swiping in large cities, I’ve faced both sides of the spectrum—fetishization and dismissal. People I’ve met on first dates have said I might have better luck in the dating scene if I straightened my hair. I’ve been told by non-black partners that I acted “too ethnic” or “not ethnic enough” for their liking. I’ve also been on the receiving end of explicit messages that made assumptions about my sexual appetite or my athleticism in the bedroom. All were equally demeaning to me.

With the increased attention the Black Lives Matter movement has been receiving after the murders of George Floyd, Breonna Taylor, and countless others, companies and individuals are being forced to reexamine how they navigate race in a sociohistorical context that has always privileged whiteness. After mounting pressure, Grindr, the popular dating app for LGBTQ+ men, rushed to remove its wildly problematic race filter. A popular LGBTQ+ dating app for women, HER, stated it never even had race filters to begin with due to the possibility of discrimination. Other apps like OkCupid and Hinge have stated they plan to hang on to their ethnicity filters because it’s seen as a benefit to non-white users. But when non-white people already make up such a small percentage of users on mainstream dating apps, one has to question why allowing for the ability to filter them out of the dating pool feels like a necessary move.

So to answer the question, “When do our dating preferences become racist?” you first have to understand that it’s a trick question. To put it simply, there’s no such thing as a “racial preference.” The phrase in and of itself is just a way to rationalize prejudice in dating. Imagine using the term “racial preference” to describe any other interpersonal interaction. If someone said out loud that they had a “racial preference” for their friends or a “racial preference” for their employees, you would feel uncomfortable, right? Our sex and dating lives shouldn’t be judged any differently. If you find yourself preferring a certain race over and over again while swiping, and avoiding members of another race, there’s an internal issue you’re not addressing. It's easier for someone to say they have a preference than admit that living in a racist society has informed their worldview.

Recognizing that your dating choices may be influenced by racial bias can be an uncomfortable thing to do. From my experience, people typically don’t enjoy being called racist as it might contradict the perception they’ve crafted of themselves.

Plenty of people will continue to say that they have a right to be attracted to whoever they’re attracted to. And they would be correct, we all have individual agency. But we’re also all participants in society, and that society molds our perceptions and has informed, even if subconsciously, our attractions. Decolonizing our romantic and physical attraction is hard work, but it is necessary because none of us operate in a vacuum. Our “preferences” and our turn-ons are all driven by something, and it’s important that we name what that is.

There’s so much of our lives and our choices that we don’t question, and attraction is usually one of those things. Coming face to face with who we are in the most intimate corners of our lives can feel impossible, but doing so can lead to a better understanding of the world we live in, what we’ve normalized, and how we can change it.

Anita Little is a journalist based in Los Angeles. She's currently a features editor at Playboy where she covers gender and sexuality. Previously she worked at Ms. magazine reporting on women's health and reproductive justice. You can follow her on Twitter at @anitaism.