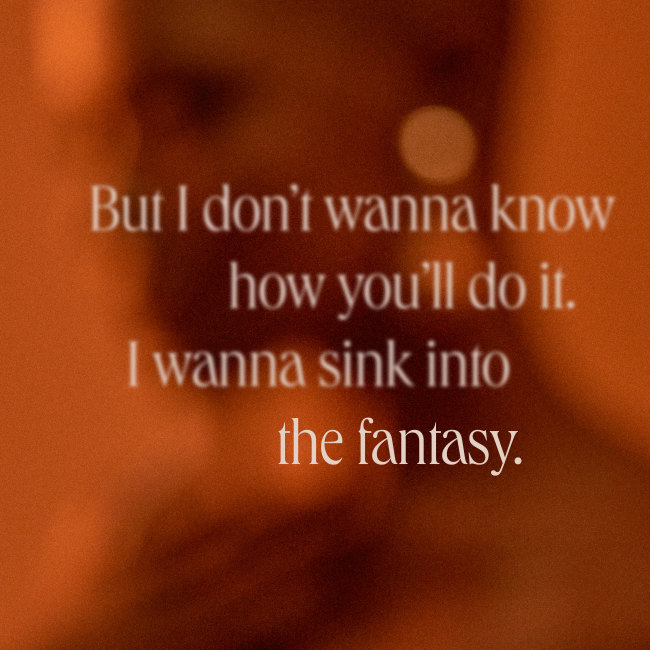 Have you ever wondered what it would be like to be someone else for a day? Or even just a couple of hours? The idea of it can be alluring, and not just because you have the opportunity to escape the stressors of your own day. (You can do that without stepping into someone else’s shoes, we promise.)

It’s exciting because the possibility of becoming someone else means that there are entirely new ways of being that are opened up to you. Of course, you don’t need to become someone else to change your life. In fact, we recommend making positive changes all the time, if that suits you. But we’re not talking about life-long change. We’re talking about something more immediate.

Role-play is a sexual activity that involves partners taking on various roles and acting out a scene together (which usually culminates in some form of sexual activity). We’re not talking about a staged production here; these scenes are definitely more off the cuff (or on the cuff if that’s what you’re into). We’ll break down a few role-play suggestions below, but teacher-student is a pretty common one, for example.

Role-play is simply an opportunity to escape our own reality... we are given permission to act, speak, feel, and think in a way that may be dramatically different from our true selves

It can be a bit awkward to bring up wanting to try something new with your partner(s), but you can assure them that role-play is a fairly common fantasy for people to explore. And you can also assure them that it has nothing to do with wishing you were in a relationship with someone else—in fact, it might have nothing to do with them at all. It might be entirely selfish, and that’s ok! For a lot of people, role-play is an opportunity to explore new sides of themselves with a partner or on their own.

"Role-play is simply an opportunity to escape our own reality. By labeling it in a formal way, we are given permission to act, speak, feel, and think in a way that may be dramatically different from our true selves." said clinical psychologist Joshua Klapow, Ph.D. And sometimes, being a new person is just what the doctor ordered (especially if your partner is role-playing as a doctor).

Role-play usually, but not always, involves some kind of shift in power dynamics (like teacher-student) and always, without question, involves

active consent from everyone involved. Once you’ve established that role-play is on the table, setting up some ground rules is the next step. If your scene is going to involve some form of power-play, or toy-play, setting up a safe word (a word either of you can use to immediately stop what’s happening) is a great place to start.

Need to take it one step further back and figure out how to broach the topic of role-play? We can help with that. Use this little template below to send a playful message to your partner(s). You can even fill in this one and send it, just to break the ice. Need some ideas? How about “I’m dreaming of a sailor to kiss me under the stars while we dance the night away.” or “I’m dreaming of a masseuse to rub me under the sheets while we kiss the night away.” Start small and playful, and go from there! Looking for even more ideas? Here are seven role-play scenarios you can try, with corresponding Dipsea stories. That way, you can hear them in action before you dive in yourself!

It’s a classic, so it makes sense to start here. We all had a thing for that one professor, right? Maybe it was their intellect or the way they commanded a classroom. Maybe it’s because we always dreamed of doing something special for a little extra credit. Or maybe it’s just because they were hot. No matter the reason, this is a tried and true scenario, so we say go for it.

Want to hear it in action? The “Lecture Me” and “Office Hours” series have you covered.

Maybe it’s a sense of competition because you’re each trying to outdo the other person and get that big promotion. Maybe you’ve both found yourself working late in the office, and ended up in the elevator at the same time. Inter-office dynamics are ripe for sexual tension and can provide the perfect backdrop for your next role-play.

Want to hear it in action? “Lush” and the “Focus” series will show you how it’s done.

Let’s take the office dynamics up a notch, shall we? Maybe you messed up a report and now they need to punish you. Or perhaps you’re up for a big promotion and you want to show them just how much you deserve it. Either way, someone is going to end up employee of the month.

Want to hear it in action? The “Raise the Bar” series is a great place to start!

Bonus points if you can do a convincing southern accent, and if not, this scenario still leaves the door open for plenty of other exciting twists. A little rope-play anyone? One of you can be the cowboy, and the other one can be the new ranch hand—cowboy boots and nothing else isn’t a bad look after all.

Want to hear it in action? Try out the “Cowboys” or “Wild Hearts” series for starters.

This one feels pretty self-explanatory. Someone is the hot fitness coach, the other is the hot student who needs to work on their form. Or maybe they need a good stretching after class? You can even up the realism with this one and break a sweat before to make it hyper-realistic!

Want to hear it in action? Listen to the “Hot Vinyassa” or “Hooked” series for some ideas.

Ok, hear us out here. We’ve all fantasized about getting back together with an ex at one point or another, even if just for one night. We wouldn’t recommend role-playing as one partner’s actual ex, but make up a little story for the two of you. How did you meet? Why did it end? What’s gonna make it so hot about hooking up together again?

Want to hear it in action? Check out “Ex-Cellent” or “Triptych” to get started.

This one might be especially good for partners who’ve been together for quite some time. Why not role-play as total strangers. Maybe even meet out at a bar before going home together. Invent an entirely new person for the other(s) to explore—the only limit is your own imagination.

Want to hear it in action? “Behind Closed Doors IV” or “On the Market II” are great places to start.