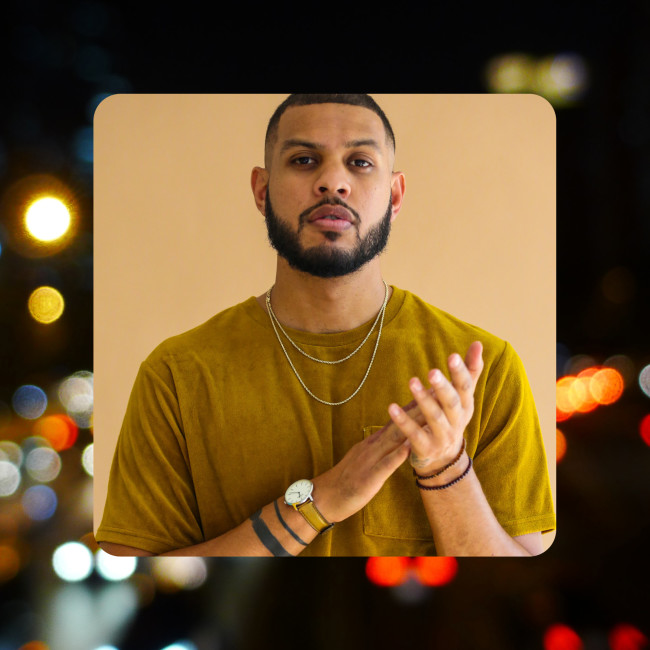 Sarunas J. Jackson is back on Dipsea

When we initially wrote about our first collaboration with Sarunas J. Jackson (Dro from HBO’s “Insecure” and Isaac from Freeform’s “Good Trouble”), we said that his voice alone is enough to make you weak in the knees.

After two episodes of his Dipsea exclusive series “Off the Record” and a Pillowtalk (a story where he talks directly to you, the listener) with his character, Malcolm, we can officially say that was the understatement of the century. Millenia? Weak in the knees doesn't even begin to cover it. “Off the Record” quickly became one of Dipsea’s most listened to series, which is no easy feat.

Which is why we’re so excited to work with Jackson once again on more new episodes of “Off the Record” and bring the character of Malcolm even further into the Dipseaverse in new ways you haven’t heard him yet.

Here’s a little sneak peek of what you can expect in each release:

off the record ii

Off the Record III

Launching August 8 Malcolm is in Miami getting ready for a show. He’s been feeling a bit lost lately and calls Nina to try and ground himself. He convinces her and her friend Lucía to fly down for the weekend. Things start off friendly, but start heating up when they’re poolside later that evening.

Off the Record IV

Launching August 15 Lucía heads back to New York early so Nina can spend her last night in Miami alone with Malcolm. Out on his boat, Nina teases Malcolm about how he’s changed. She leads him into the ship’s cabin to see if she can help bring the old Malcolm out.

Get Intimate with Malcolm II

Launching August 15 A story where Malcolm talks directly to you, the listener. You spent the day on the beach together, and now you’re rinsing off in his outdoor shower. As the sun sets, he describes exactly what he’s doing to you.

Launching August 15 Sleep Overs let you fall asleep in the presence of Dipsea characters you know and love. In this Sleep Over, Malcolm tucks you in as rain falls outside. He stays nearby and sketches while a gentle storm rolls through.

In anticipation of the new releases, our team sat down with Jackson after his recording session to talk about why he was excited to work with Dipsea again, the reaction to the series, and what to expect in the new episodes.

This interview has been edited for length and clarity.

What was it about playing Malcolm that was different from other characters you’ve played?

Sarunas J. Jackson: The main thing was being able to use my imagination, since it's audio, versus everything being painted for me on screen. My wardrobe, the location, the actor in front of me, whatever it is, it’s just me and the words, and I get to paint the picture in my head just like the listener gets to.

What does the medium of audio give you in terms of creative freedom?

SJ: It expands the imagination. I don't get to rely on the crutch of the picture being painted for me, and that's fun and interesting and exciting to me. That's what kind of draws me to it you know, that the imagination is such a powerful tool for this medium.

Also, I mentioned this while working with you, but how poetic the words are. It just kind of inspires me to be a little bit more poetic when it comes to my own writing.

Can you talk a little bit about how you inspired the character of Malcolm, and how the series is authentic to you, albeit a fictional version of you?

SJ: Obviously, details are gonna be heightened because things are loosely based, but just even knowing that a story you tell can inspire a whole series is always fun. It gets you more engaged or more invested, I should say.

What were some of the reactions to the series that you heard?

SJ: Because this is audio and it can be very intimate, the listener can use their own imagination and paint the picture however they want in their head. Versus other characters I've played on TV or in movies where they see someone portraying the woman, with audio, they can put themselves in the situation.

So the reactions I get are very, I mean, they've just told me they've thoroughly enjoyed it. And, you know, whichever way they mean it, I'm glad because this is a very sex-positive app.

I have a heavy female fan base, particularly Black women. I'm always doing things I want to do, but also I did this with them in mind. I was like, this would be kind of nice to do specifically for women. And the reaction and response has been very positive. It's just kind of been a new fun experience to have someone be like, I was just listening to you last night. And I was like, oh, oh yeah! There's someone listening to it before bed to ease their day, or when they wake up before they go to work. It is kind of nice to hear!

What do you want people to take away from the work you’re doing here with Dipsea?

SJ: There's so much that Dipsea has to offer. Knowing that some of my fans were already in support of it, I liked that. It’s female-driven, it’s sex-positive. It's always nice to see women supporting women in an exciting way, in a way like this where sex is turned in into something that's powerful. That's the practice. You know, it's nice and I think it's cool.

What is the impact that you think this series is having?

SJ: On “Insecure,” I portrayed a character that was in an open relationship and there were certain people who were understanding, but a lot that were forcing their limitations onto it. It’s like, how are you going to tell these characters what their relationship is? How are you going to tell this person about what fetish they have or this person how many people they can have sex with?

If you're tapping into Dipsea, I think for the most part you're pretty open-minded. You know, you're going to be pretty open-minded about things because of what this platform represents. And the more aware people can be, the more open-minded people can be, it’s just better for everybody. I always tell people, you don't have to understand it, just hold the space for people. That's it. It’s the easiest thing in the world to do. You don't understand it? That’s okay, just hold space and don't say anything because it’s not bothering you. This is how I live my life. I think we’re creating that space.

What makes the next installments exciting?

SJ: They’re exciting because we don't have to necessarily build the world as much now. We know these characters a little bit better so now we get to see how open-minded and how open they are with each other and how free they are. Also, it’s dope to have people of color, Black and Latinx, you know, doing well and just being these nonjudgmental people and showing comfort to one another and holding space for one another. To be at ease and to try new experiences and just let it be that. It's fun and positive you know, that's the main thing. Everybody deserves it.

While you wait for new episodes to drop, you can check out the first two episodes of “Off the Record” now!