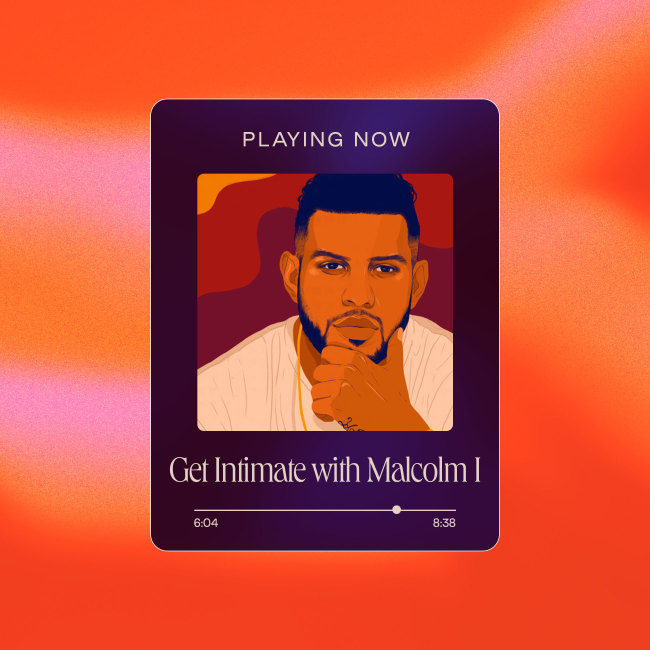 You’ve never heard Sarunas J. Jackson like this before…

Ready to hear Sarunas J. Jackson like never before? It's only available on Dipsea.

You may know him as Dro from HBO’s “Insecure,” or as Isaac from FREEFORM’s “Good Trouble," but we guarantee you’ve never heard Sarunas J. Jackson like this before. His voice alone is enough to make you weak in the knees, and now that his deep baritone has made its way to Dipsea, we’re turning the volume (and the heat) all the way up.

Jackson stars as Malcolm in the three-part series, “Off the Record,” and not only did he voice the lead role, he also co-produced the series in collaboration with the Dipsea creative team. “It was such a delight to work with him, both in the recording studio and the writers’ room (virtually, of course),” said Kristina Loring, Dipsea’s Head of Audio. “He was refreshingly open with his own experience and perspective, he was passionate, and he brought his sense of humor. We couldn’t ask for a better muse to collaborate with.” Jackson has had a few intimate moments on screen (most notably in “Insecure”), but this is his first foray into audio fiction, let alone erotica, and he’s ready to break boundaries. “It’s another way to express myself in a form of art,” he said, “and a form of freedom."

“Malcolm is just an extension of me, to be honest. The confidence, him liking to take control… I could relate to that.”

“I’ve never had a character built off of the conversations I’ve had — with this series it was tailor made,” said Jackson, who plays Malcolm, a rebellious fashion designer. Confident, stylish, and always marching to the beat of his own drum, Malcolm makes waves wherever he goes. “Sarunas has the qualities that make an incredible storyteller,” said Dipsea Staff Writer Jade Jones, who took the lead on the script, “He’s funny, confident, and thoughtful. I was excited to bring those qualities to life in his character.”

“Off the Record” is a three-part series that focuses on Sarunas’s character Malcolm, and his run-ins with his old friend Nina, someone from his past who isn’t afraid to keep him on his toes. Episode I, which is live as of Sunday 11/8, follows Malcolm and Nina as they reconnect after a long time apart. Their heated back-and-forth becomes a kind of foreplay and things heat up fast. Episode II finds Malcolm and Nina at a fashion week party exploring new sides of each other and will be released on 11/15. The third installment, which will drop on 11/22, is titled “Get Intimate with Malcolm,” and provides an even more intimate glimpse of Malcolm as he talks directly to you, the listener.

off the record ii

“It’s just fun, you know? And it speaks to a certain part of me, what I want to do as an artist.”

Early on, Jackson told the team that he was interested in exploring roleplay. “We want all our characters to feel real and multi-dimensional” Loring said, “and showing authentic characters exploring new sides of themselves, through something like roleplay, is a great way to encourage others to explore new sides of their pleasure.” “It’s just fun, you know? And It speaks to a certain part of me, what I want to do as an artist” Jackson said, “I want to give people out there the confidence to try that when they it. That they’re like oh, people actually do this. I’m not the only one.”

Jackson has always been a vocal supporter of expanding the conversation surrounding intimacy and sexuality, and especially so when it comes to how it's shown and discussed in the media. "Entertainment is probably the most influential thing in the world. Normalizing things and positive representation on all mediums...will spark the conversations that we need.” Jackson said, “When it comes to love or relationships or sex, I think it's just healthy as a society to get involved in those conversations and to see other people's points of view.”

“I'm all about what Dipsea is doing; not being shamed or shameful about people being sexual, and being very sex positive, and it being ran by women.”

Everyone at Dipsea, from the writers and audio producers who had direct hands in bringing the story to life, to the engineers and designers doing behind-the-scenes work on the app, was so excited to collaborate with Sarunas because it felt perfectly aligned. “I'm all about what Dipsea is doing,” Jackson said, “not being shamed or shameful about people being sexual, and being very sex positive, and it being ran by women.”

We hope you enjoy “Off the Record” as much as we enjoyed making it. The series, like all Dipsea stories, is an invitation to connect with yourself, escape reality for just a bit, and tune into what makes you feel good. And while you might recognize the voice in your ears this time around, we still think you’ll surprise yourself with the world of possibilities you open when you just press play. We know Sarunas liked what he heard!

“I do like to hear my own voice, I know that might sound a certain way. I'm like, I can keep these headphones on for a while!”

Dipsea
Sarunas J. Jackson is back on Dipsea