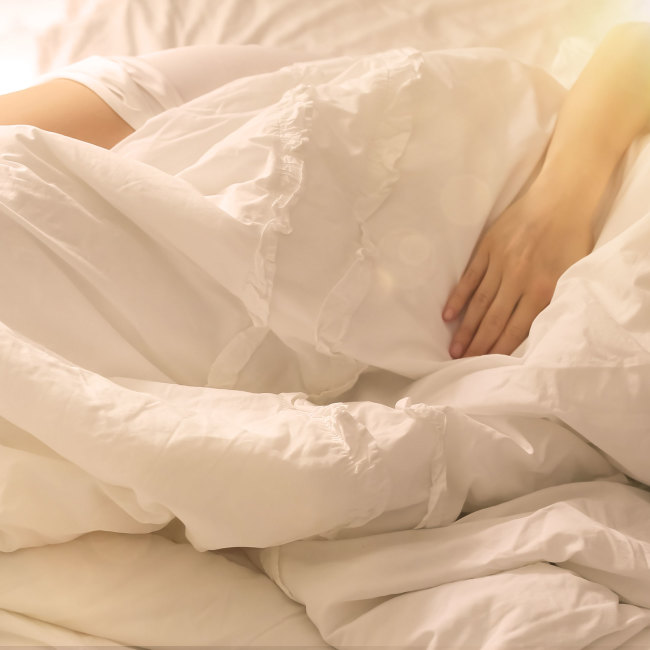 What is vanilla sex, anyway?

Ready to explore erotica of every flavor? Dipsea has you covered.

I was in my early twenties and I was, as diagnosed by myself, under-experienced when it came time to get naked. I would go to brunch with my friends and mostly remain silent while people passed around pitchers of mimosas and shouted across the table about getting choked the night before.

I was in my early twenties and I was, as diagnosed by myself, under-experienced when it came time to get naked.

So, the next time I was hooking up with someone I felt comfortable with, I quieted the chanting voices in my head and asked how they would feel about me tying them to my Ikea bed frame. Without hesitation, they said yes. So, I grabbed a necktie from my closet and a surprisingly sturdy pair of plastic handcuffs (that I had from a Halloween costume a few years before ok!), and, well, you can figure out the rest.

The next weekend at brunch I literally could not wait to tell the story. In hindsight, it's probably the kind of story that could benefit from a two-mimosa-buffer but hey, you live and you learn. We’d barely sat down before I delved passionately and smugly into the escapade of my previous week. When I was a little over halfway through my friend interrupted me. “What, do you want a cookie for tying someone to a bed? Grow up, it’s 2015. My grandma’s probably tied someone to a bed.”

Oh my god, I thought, am I having grandma sex? Are grandmas having hotter sex than I am?

Oh my god, I thought, am I having grandma sex? Are grandmas having hotter sex than I am? (Honestly, if you talk to Jane Fonda then, probably, yes.) Later that night I called a friend from back home to catch up. With far less verve, I began telling her the story of my handcuffed hookup. “What?” she said, “Why would you tie someone to a bed? Isn't that just from movies?” “Yes!” I said, “It is from movies! But it’s also from my life now!” I was ecstatic, I was finally talking to someone that was impressed with my sex life.

Well, impressed is probably the wrong word, but at the very least she wasn’t judgemental about it. “It just isn’t for me. Personally, I love my vanilla sex. Y’all can say whatever you want about it, but at the end of the day, I’m still getting off.”

Now, years later and comfortably in my late-twenties, I’m far less concerned with what anyone else has to say about whatever details of my sex life I choose to share. My friend’s “say whatever you want, I’m still getting off” mantra really stuck with me—but the cultural conversation around vanilla sex has contintued, and along with it so has the criticism.

...the cultural conversation around vanilla sex has contintued, and along with it so has the criticism.

And, well, perhaps it’s because the term vanilla sex was created with the intention of being critical.

According to sex and sexuality historian Hallie Lieberman, the term vanilla sex was coined by the queer commmunity of the 70s, which helped birth the kink movement. Queer people, historically told their sexual experiences were abnormal because they took place outside the binaried confines of hetero sex, decided to take a little power back for themselves. They created the term vanilla sex as a means of saying, “Sure, sex among gay people might fall outside of what society considers ‘normal,’ but at least it isn’t boring!”

“It was pushing back against the other group that was saying ‘what you're doing is weird and wrong,’” Lieberman said. While there’s no way to definitively know if this is the true bedrock of the expression, it’s sex historians’ most likely analysis. And, it makes sense with our contemporary understanding and use of the phrase vanilla sex.

However, just as the gender binary has proven to be exceptionally limiting by creating a black and white, this vs. that mentality when it comes to self-expression, vanilla sex vs. non-vanilla sex has ingrained a similarly limiting dichotomy in the puplic conciousness. If the best that a definition of vanilla sex can offer us is that vanilla is synonymous with boring, then we are no further along in our understanding of what it means, because boring as an adjective is wildly subjective.

If the best that a definition of vanilla sex can offer us is that vanilla is synonymous with boring, then we are no further along in our understanding of what it means, because boring as an adjective is wildly subjective.

In attempting to gain a better understanding of the phrase, I turned, as so many of us do, to the internet for clarification. I posed a series of questions to Instagram: What are your thoughts on the expression vanilla sex? Love it? Hate it? Is it even real? What makes sex vanilla? Is it bad or do you prefer it?

Never one to disappoint, the responses came pouring in and, surprisingly, they were much more nuanced than I’d expected. Some standouts include:

“If I get off, I don’t care how vanilla it is. Vanilla & orgasm is better than non-vanilla & non-o”

“What does vanilla even mean? Not getting choked? Not fast or hard enough? Fuck me slowly for ONCE”

“Everyone has a different baseline. My vanilla could be your kink.”

And my personal favorite:

“Vanilla is a construct”

I then shared a poll asking if vanilla sex was A) Good! B) Bad! or C) Who cares! About 23% of participants responded Good!, 7% said Bad!, and overwhelmingly 70% chose Who cares!

I also had a lot of conversations in my DMs with people about how frequently their barometer on vanilla sex shifted with their sexual partners, as well as how much or how little they enjoyed it depending on who they were having sex with.

My top two takeaways from my Instagram sex insights were: 1) Vanilla or not, sex was most enjoyable when everyone involved was on the same page and 2) It’s all subjective!

To use vanilla sex pejoratively is to completely undermine the nuance and diversity that exists within an individual’s understanding of their own sexual experience.

To use vanilla sex pejoratively is to completely undermine the nuance and diversity that exists within an individual’s understanding of their own sexual experience. Likewise, to codify as weird any sex taking place outside of the parameters you’ve built for your own sexual comfort is equally as limiting and detrimental. Maybe we should all spend a little less time trying to define what vanilla sex is or isn’t, further perpetuating a made up hierarchy of pleasure, and spend more time appreciating the variety of experiences we can have by talking to the people we’re having sex with about what we want.

And of course if all else fails, as a wise person once told me, y’all can say whatever you want about it, but at the end of the day, I’m still getting off.