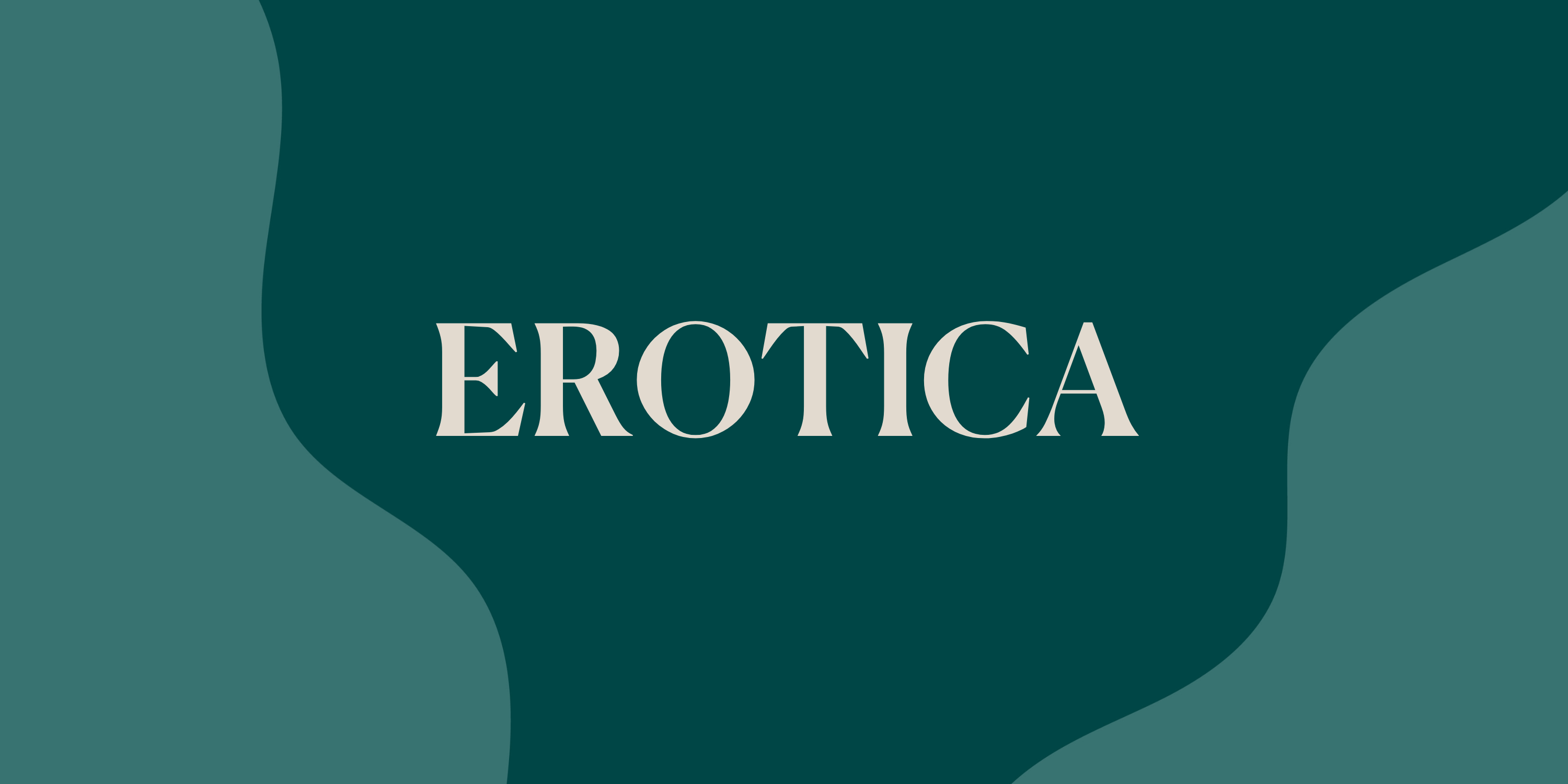 A brief, sexy history of erotica

Istanbul #2461 isn’t a particularly alluring title. It’s not the kind of thing that, if whispered into someone’s ear, would send shivers down their spine or cause goosebumps to erupt across their body so much as it might make them wonder why someone had just shared an email password with them.

But Istanbul #2461 isn't an email password (that I know of), it’s the world’s oldest love poem, or at least, the oldest love poem we’ve ever found. And, before it was translated in 1951, it was just sitting in some drawer in a museum having been written almost 4,000 years before (which is definitely something I’ll keep in mind the next time I think it’s taken someone too long to text me back).

“My precious caress is more savoury than honey,” the translation of the poem reads, “In the bedchamber, honey-filled, let me enjoy your goodly beauty, lion, let me caress you.” Allegedly, it was written by the bride of King Shu-Sin of Sumer, but if you put a beat behind it, it could be a pop song from any of the past few decades. As it turns out, it doesn’t matter if it’s 2020 B.C. or 2020 A.D., people have a long history of writing sexy stories to set the mood.

Of course, eventually, we reached a place where a vulva on a cave wall wasn’t cutting it anymore, and from there more formalized systems of communication developed. There were cave paintings, and later cuneiform and hieroglyphics. Pretty much every ancient civilization, spanning from today’s South America, to Europe and Asia, wrote stories and created art in an effort to cultivate meaning and understanding around what it means to be alive. And, every step of the way, erotica followed.

Sexual wellness, sexual understanding, and sexual appreciation have been essential components of how we create meaning and deepen both an understanding of ourselves and our connection to the people around us for all of human history.

Sexual wellness, sexual understanding, and sexual appreciation have been essential components of how we create meaning and deepen both an understanding of ourselves and our connection to the people around us for all of human history. It may have started with a vulva on a cave wall, but it’s come to be so much more than that.

Chances are, you’ve heard of the Kama Sutra, and chances are you think of it as a textbook of weird sex positions or something you give to a bride at her bachelorette party. But, to think of it in those limited terms is to do the text, and yourself, a great disservice. As Wendy Doniger writes in “The ‘Kamasutra’: It Isn't All about Sex,” “It is a book about the art of living—about finding a partner, maintaining power in a marriage, committing adultry, living as or with a courtesan, using drugs—and also about the positions in sexual intercourse.”

In other words, it’s a powerful book about the human experience, and it’s one of the first, and arguably the most universally recognized, examples of erotica. Unfortunately, as with so much other literature that is filed into the category of erotica, it’s now considered to be a joke relegated to being given as a gag gift (no pun intended), or considered to be niche content, something only to be consumed as a “guilty pleasure.” The truth is, some of the most revered, celebrated, and notorious authors throughout history have been writers of erotica.

The truth is, some of the most revered, celebrated, and notorious authors throughout history have been writers of erotica.

The desire to burn, or at least ban, erotic books is another common theme that creators of erotica have had to combat for centuries. First published in 1748, John Cleland’s novel, “Memoirs of a Woman of Pleasure,” more commonly known as “Fanny Hill,” is believed to be the first erotica novel published in English, and was controversial enough to make it all the way to the Supreme Court in 1966 in a case called Memoirs v. Massachusetts. The court ruled (mostly) in favor of the book, saying that because it couldn’t be proven to have no social value, it couldn’t be deemed categorically obscene, and therefore banned, but it might be considered obscene under certain circumstances.

There are the creators, willing to push boundaries and explore the fullness of life, which does, as it turns out, include sexuality, and there are the gatekeepers, who’ve employed multitudes of equally shortsighted regulations, attempting to prevent it from being released.

And, well, that’s pretty much been contemporary erotica’s trajectory ever since. There are the creators, willing to push boundaries and explore the fullness of life, which does, as it turns out, include sexuality, and there are the gatekeepers, who’ve employed multitudes of equally shortsighted regulations, attempting to prevent it from being released. Every once in a while the floodgates do come down, and in pretty big ways. Like it or not, the “Fifty Shades” trilogy accounts for the top three selling books of the 2010s, and brought erotica out of the niche market for one of the first times in recent history. And while of course it endured its fair share of cultural criticism, and was subject to much of the mockery the genre of etorica has always ensured, it’s also an excellent reminder of the kind of power the genre has. Almost 40,000 years ago erotica started out as a carving on a cave wall, and now, you’ve got it on your phone and in your ears. Today, erotica is the best it’s ever been, and it’s not slowing down anytime soon.