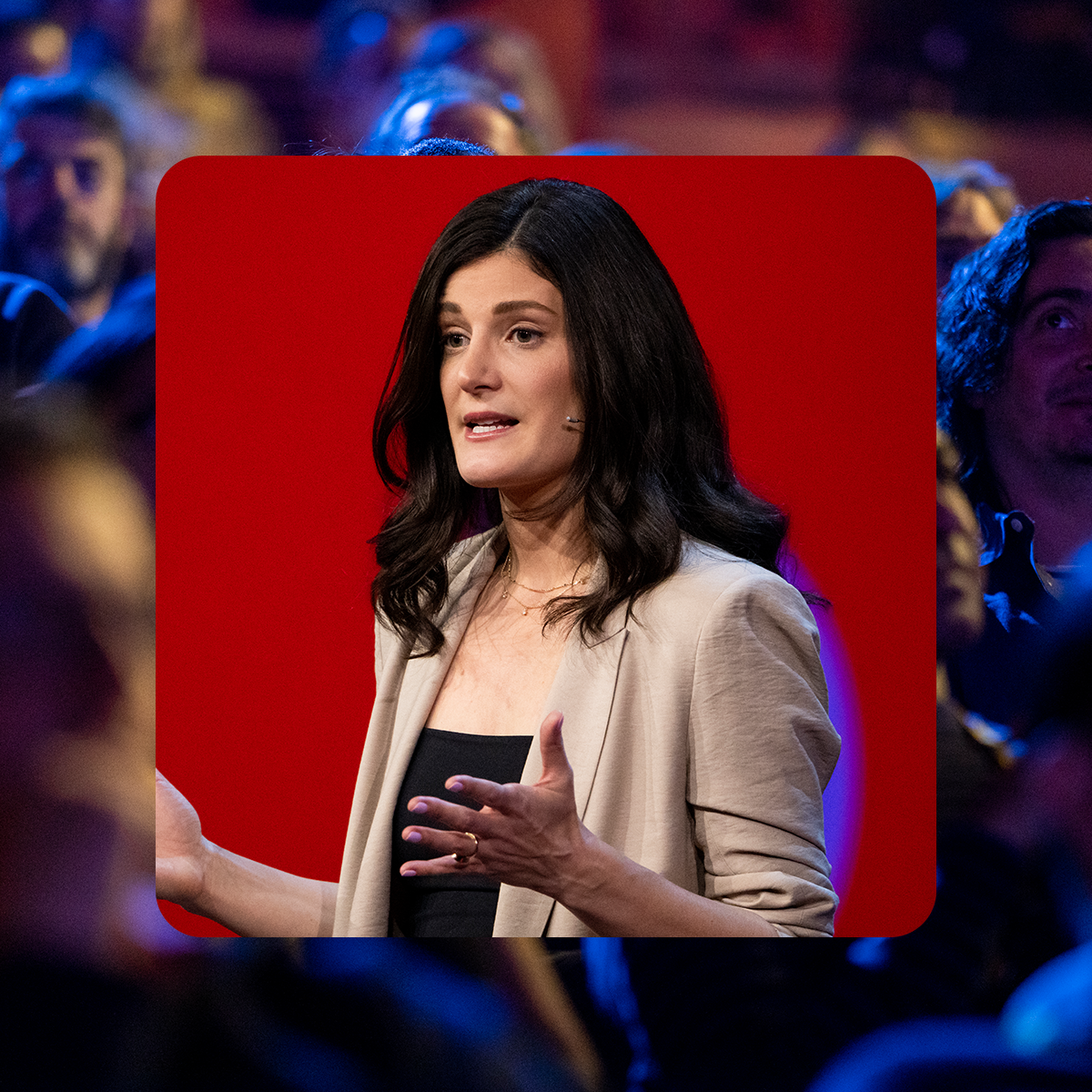 Dipsea takes its place on the TED main stage

Who… hasn’t seen a TED Talk? Their videos are ubiquitous on the internet, teaching us about humanity, culture, science, and technology. TED is the best curator of ideas in the world, exposing us to the most exciting new concepts and the thinkers that brought them to life.

So when our co-founder, Gina, was invited to give a TED Talk on the main stage alongside speakers like Al Gore, Elon Musk, Bill Gates, and Olympian Allyson Felix…well, we were all freaking out. It’s an honor, and a once-in-a-lifetime opportunity to spread some of the messages we care most about at Dipsea. We hope Gina’s talk will help a lot more people feel a lot more agency over their own pleasure and sexual wellness. 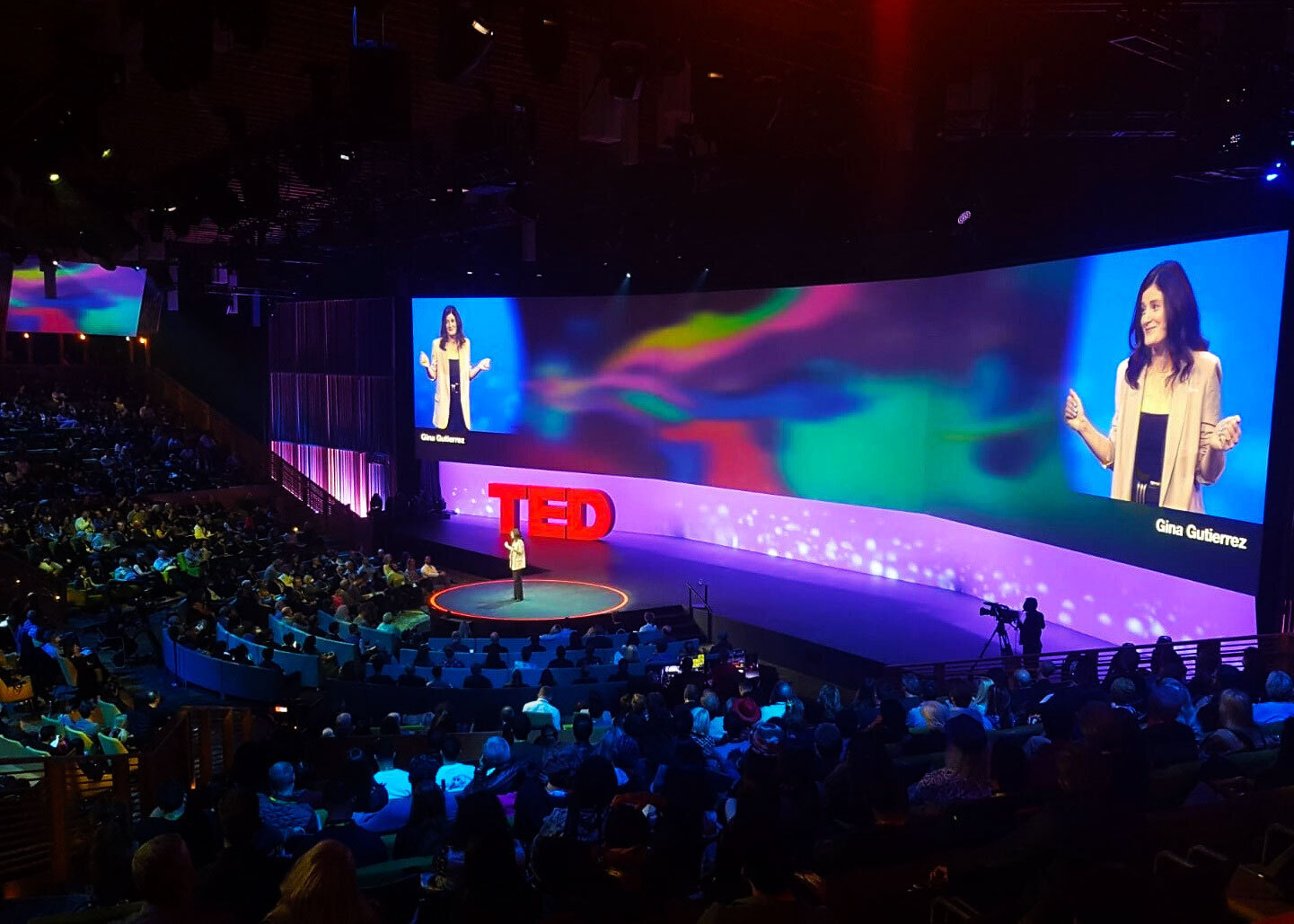 In the talk, Gina shares that while we intuitively understand that our minds matter when it comes to sex, we massively underestimate the power of our own imaginations in giving us pleasure. That’s especially true for women, by the way–whose physical arousal systems can be kicked into overdrive, or shut off completely, by the thoughts that they’re thinking. The solution, she says, is simpler than you’d think. Get comfortable using your own sexual imagination. Flex it like a muscle. And explore where those stories take you.

The video is now live, so check it out!

On the eve of the video’s release, we asked Gina a few questions about how it all went down in Vancouver. Here’s what she had to say:

How does someone even get discovered for a TED Talk?

Most people who speak at TED are found by “Curators”, who go out and seek people that are doing the most interesting things in whatever category. What’s interesting about how I got found is that it was actually because of an article about one of our competitors. And I remember reading the article and saying to my co-founder Faye, “Wow that was a big win for them,” and then I got the call from TED. At the very end of the article the writer had said, “But there is this one company Dipsea and they’re ahead of the game and have been doing this for longer,” and my Curator pulled that thread and looked us up.

Did you get any challenging feedback or pushback?

I don’t expect people who aren’t talking about sex all day every day like I am to pick it up right where I’m putting it down, you know what I mean? Everyone’s baseline is so different. Some people feel really sex-comfortable and so me trying to talk in a way that makes sense to the average person can feel too basic. But more often, it can make people feel uncomfortable. Maybe because they were made to feel shame growing up, or never got sex education, or have hangs ups that they’ve struggled to kick – and for those people, any conversation around sex feels really edgy.

That’s why I always try and calibrate based on who I’m talking to. Which is hard, when you’re talking to thousands of people. Everyone’s going to have a different baseline.

And that showed up while I was preparing for TED too. When I was rehearsing with the TED team, who are actually a very diverse group of people, a 60+ year old man said that he thought it was dangerous for me to recommend that people who are married fantasize about whatever they want. And so I had to say, respectfully: you asked me to come and give this talk for a reason, and so I’m going to give it. Fantasy isn’t a gateway drug to infidelity, or worse. That’s just one among many myths that we really, really need to debunk.

What was harder, writing it or memorizing it?

Ohhh. Writing is hard because there’s only so much you can say in 10 minutes! And you can’t say it all. It feels like this one shot, and you have to make it count! But I felt that the memorizing was the most stressful part. When you repeat the same thing over and over 100 times, you start to feel like none of it makes sense. But I did learn some really helpful memorization techniques.

Any cool moments from your time at TED in Vancouver?

So many! Getting there was overwhelming and a little intimidating. You’re like, "Oh my gosh there’s that person, and there’s that person." A woman came up to me backstage in a rehearsal room after I practiced on stage for the first time and she had tousled hair and big sunglasses and she said, “I heard your rehearsal, I loved your talk!” and I said “Oh, thank you!” and only later did I realize that it was Meg Ryan.

I also just felt really inspired by what so many people had to say. I remembered that the future is going to be shaped by all kinds of passionate people, each one obsessed with their particular way of making the world a better place.

How do you think the talk went? Are you happy with it? Was there more that you wish you got to say?

Ask me after I see the video go live tomorrow (laughs)! Yes, I am happy with it. But there is always more that I want to say. We’re only just scratching the surface on helping people discover how to be their fullest, realest, most empowered selves in the bedroom and beyond. I’m hopeful a video like mine gets people hearing ideas like these for the first time feeling…curious. And inspired.

Did it go well? What’s the crowd like at TED?

It did! Shout out to some of the women in the front rows who gave me a standing O. But yeah, most people in the TED audience aren’t 18-35 year old female-identifying people…so, I’d say the energy was more like “big intro lecture” than “hyped up vibes”. At one point in the talk I play an audio clip and I could visibly feel 1,500 people freeze up (laughs). They thought I was going to play a Dipsea story.

What was your favorite line from the talk?

There’s a part about “you being the protagonist” that I really liked. I thought it was a powerful message. But I also thought it was hilarious that the biggest laugh I got was a line I totally ad-libbed – and the joke I made about Outlander got crickets! I thought everybody would get that reference (laughs).

What do you hope people take away from your TED Talk?