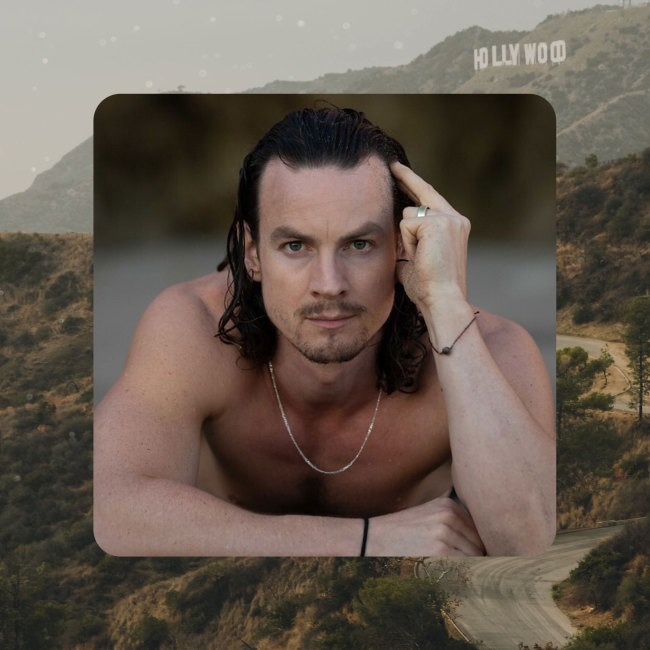 Ready to hear Luke Cook like never before? It's only available on Dipsea.

As both the star and co-producer of the series, Cook worked closely with the Dipsea creative studio.His passion and creativity inspired much of the way his character, Jake, navigates the Hollywood machine in a subversive, sexy way—and without ever losing the optimism that you can really have it all.

The three-part audio series launches March 20, 2022, and follows Jake, an overnight Hollywood heartthrob, as he grapples with his newfound fame and the interesting, unexpectedly-sexy ways it spices up his marriage.

Cook, a certified Hollywood heartthrob in his own right, pulled inspiration from his personal life when working with the Dipsea team to bring “Act Natural” to life. Happily married and a new father, Cook wanted to highlight the eroticism and spontaneity that is still very much alive in long-term relationships, regardless of what people see in movies or on TV.

“I really wanted to show a relationship where married people are having good, delicious, interesting moments and sex together,” Cook shared. “Because what I see more and more of in media is that it's only ever people who've just met having good sex, or people who are having an affair who are having good sex, everyone in a marriage is miserable—kids are running all over them, and their hair's a mess….and so this was a good opportunity for me to say what I thought, and to tell a different story.”

In episode one of “Act Natural," Jake’s agent suggests he fakes a relationship for publicity, so he and his wife use it as an opportunity to explore new sides of their marriage. In episode two, dropping March 27th, Jake and his wife escape to the desert, along with his new PR girlfriend, and things get even more interesting. A Pillowtalk, also dropping on March 27th, provides a more intimate experience with Jake as he talks directly to you, the listener.

Cook is the perfect balance of everything we want in a man: a little bit of mischief, a lot of sweetness, and a deep Australian accent that’ll make anyone weak in the knees—and he brought all of that and more to his collaboration with Dipsea. We had the chance to talk with him about the series and why he feels so connected to Dipsea’s mission. You can read the interview below, and listen to episode one of “Act Natural” on March, 20th exclusively on Dipsea.

What made you want to work with Dipsea?

I love sex, and I've always disliked visual erotica in its classic form, where it's purely visual, and it only looks good from the male perspective. I just never believed or liked it. Once I heard about what Dipsea was, heard what they did, I was like, I love what they do.

I feel like what's so important about what Dipsea does is it creates a backstory and gives you some feeling, some tone, and perhaps a connection between the people having sex.

The best part of sex is the connection. It's not the wham, bam, thank you, ma'am…It's the things that happen between the lines: the little looks, the connection between two people.

What do you think media gets wrong about sex and relationships that you wanted to get right with this series?

With this series we're doing right now, we see a couple who make their own action. They don't wait for it to come to them. They seek it. And I think that's what people get wrong about being sexual and sensual. You know, love is a verb. It's an action.

Why is it important for everyone to have a more honest dialogue about healthy sexuality?

I think everyone deserves connection, and everyone is capable of connection. I think opening up and talking about sex with everyone, your friends, you lovers, talking about what you like and what you don't like is a great way for people to connect with you.

I think once you get honest about sex and the things that we pretend that we like, we can say, actually, I don't like that. And I never have, and I don't know why I continue to do it.

Why is this series is so meaningful to you as an actor and co-producer?

And I think Dipsea and this whole thing, in general, is incredibly healthy.

What parts of your own life informed the character of Jake?

This is kind of close to my life. As close to my life as it can be. I kind of was an overnight sex symbol. That's far too complimentary, but it was kind of like, out of nowhere, everyone was posting about me and my body.

And then, you know, I'm a married man. So I really wanted to show a relationship where married people are having good, delicious, interesting moments and sex together.

Is there anything that surprised you about this experience?

Yeah—the first moan that I did. I was like, oh my God, what am I doing? Am I doing this wrong? And then I was like, no, shut up, keep going. And I gave a couple more moans, and I completely relaxed and got over it.

Are there any specific moments from the story that you love?

I like how Jake and Annie eye each other across rooms—they're always looking for fun. I reckon that's probably pretty important. Always look for fun. Be fun. Look for opportunities to be fun. I always think it's a good sign.

When you see a couple staring at each other across the room and smiling… I don't know. I think it's a sign that there are good things happening. Every so often, you'll catch a couple who has separated at a party, and then they’ll wave across the room, and you're like, oh, they're good. Everything's good in that department.

Anything else you wanted to talk about with this collaboration or your experience or your thoughts on Dipsea?

I think it's good, healthy. It's a revolution, really, and I hope it's just up and up and up—let storytellers blow your mind.