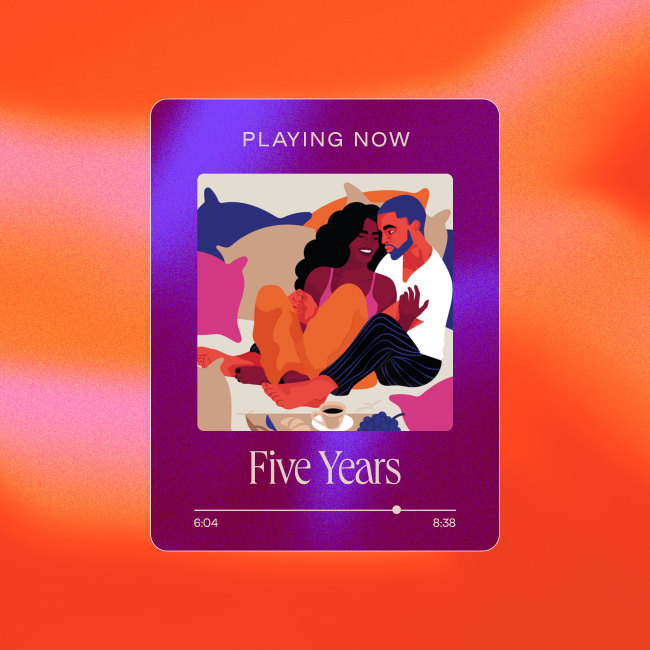 Ready to hear what men written by women actually sound like? Dipsea has you covered.

It’s no secret that male authors aren’t always the most adept when it comes to writing female characters. If you’ve read almost any book written by a man, it’s pretty immediately apparent that many may have never interacted with an actual woman before. Or, if they have, it might have just been the apparition of a woman, which they themselves psychically projected.

Should you need evidence of this strange, perplexing, and sometimes actually offensive phenomenon, the subreddit r/menwritingwomen does an exceptional job of chronicling examples of men attempting to write women across multiple forms of media. Aptly given the headline, “She breasted boobily down the stairs.....” posts you’ll find on this thread run the gamut from lesser-known authors doing their best (worst?) to describe what a woman’s body looks like, to better-known authors, like Stephen King, who talks about a kindergarten-aged girl experiencing symptoms of menopause.

Perhaps male authors have no idea how women actually move, talk, or just generally experience the world because historically, men don’t read books written by women. We’re not here to make excuses for anyone, mostly because too many of the examples on r/menwritingwomen are inexcusable, but this would appear to be a pretty damning reason.

Of course, the study doesn’t account for what percentage of that male readership are also authors themselves, so really their inability to realistically portray women could be for any number of reasons. Our bet is on the general misogyny that permeates much of (most of?) society, culture and has for essentially all of history. In many ways, that’s an oversimplification of the idea, but it does best get the point across.

As a counter conversation, over on TikTok, users have begun posting under the hashtag #menwrittenbywomen. To be fair, most of the men being talked about are not fictional characters but real-life human men, who the posters believe to be so perfect they could only have been written into existence by a woman. However, the trend derived from the realization that women wrote many of the best men in film, television, and literature. 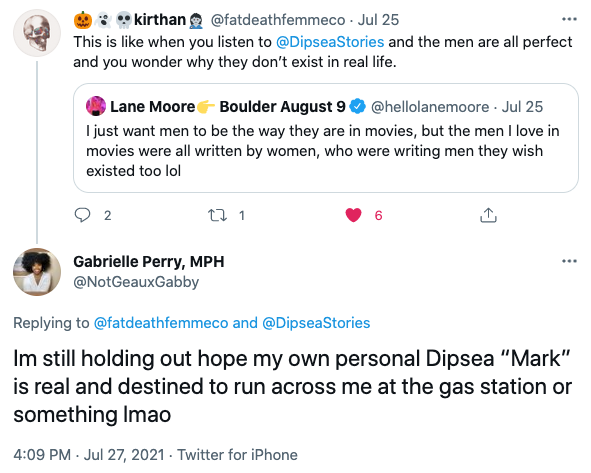 Every once in a while, we look to the real world for some good old-fashioned inspiration. We can neither confirm nor deny that any of these men will appear as characters in the Dipseaverse one day, but we can confirm that we had a great time watching these TikToks!

had to make another one #menwrittenbywomen

She found one in real life!

The energy we need

Want a few shining examples of what it looks like when men and women are both written as fully realized, sensual characters with agency? Check them out above!