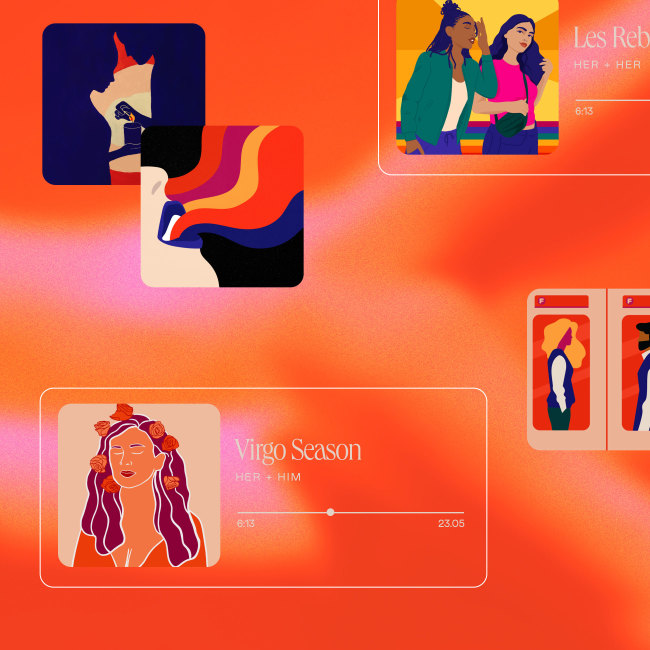 And that’s a wrap! To celebrate the past year, seven of our team members share their favorite stories from 2019. From sexual exploration to second chances with old flames, these stories are all unique in their own way. Some are sonically adventurous, relying on music and sensual sounds to support the narrative. Others are more character-driven, utilizing narration and dialogue to explore desire. Whatever you’re into, there’s something on this list for you! We hope you enjoy them as much as we do.

One of my favorites from 2019 is "Virgo Season." In the story, Allison is in charge of a big project and seeks out the advice of a creative director she used to work with named Louis. She meets him at his studio, and realizes the intimacy of getting a better sense of someone after seeing their space. The two are opposites, and they clash, but that only makes their attraction more intense. I love that Allison is such a boss babe. She knows what she wants, and how to make it a reality. But she also likes when someone pushes back a little, or disagrees with her in a way that actually changes her mind. Louis is kind of her perfect foil, but in her Virgo brain she never saw him that way. Their hookup is all business, a little rough, and I guarantee neither of them sent a "That was really fun!" text message the next morning. And you know what? Sometimes it's even hotter that way.

"Encore" is one of my all-time favorite stories. It’s about a woman named Reese whose love of music has lead to a lot of different lovers, and the music sewn throughout the piece creates such a fun sonic texture. My favorite part is how the song at the end transitions from live at the concert to at home with Reese and her boyfriend. The song is “Good Luck” by local band Meernaa, and I love how perfectly timed the song is with the, uh, finale of the story!

In "Memory Lane," Zadie begrudgingly shows up at a holiday party when she’s back in her hometown. As she’s grabbing a drink, she spots June, her first queer crush from high school. Zadie works up the nerve to talk to her and realizes it’s easier than she thought to pick up where they left off. The premise is a holigay classic. It harnesses nostalgia and reconnection as a type of foreplay. It skips the awkwardness that can ensue (think that infamous bathroom scene in the movie "Booksmart") when you are a young queer teen going through every aspect of the coming out process. Instead, our leading ladies are older, wiser, and ready for a second chance. The other aspect that I absolutely love about this story is how the sound design tries to translate the feeling of being completely consumed by someone you have a long-standing crush on (“Drowning in June” as Zadie calls it). Zadie is put under June’s spell, and we wanted the listener to feel that sonically, as well.

It’s hard to pick a fav, but "Lights Out" has a lot of elements I love! Post breakup, Jason needs a place to crash and decides to hit up his old college crush, Grace. After years of not-quite-the-right-timing, they're both finally single at the same time. A spontaneous black out amps up the evening’s sexiness even more. It’s the perfect adult bedtime story because there are lots of quiet sexy sounds: brushing teeth, shower splashing, and finally an intimate couch hookup. I love the combo of cozy nostalgia and sexy newness that makes hooking up with old friends so irresistible.

My fav story is "Les Rebound I," but really the whole five-part series is amazing. It’s a retelling of Angela’s juicy rebound stories on her path to getting over her ex. I love this series because I think the writing is awesome. The characters are so real. And it’s truly laugh out loud funny. In my opinion, it’s the best mix of comedy and really hot sex on the whole app!

“Did You?” is about a couple, Sabrina and Paul, working through sexual blocks together. Specifically, Sabrina has never orgasmed with a partner before. This story is so simple, but the theme is universal. So many women I know have trouble orgasming with a partner and it always seems like the burden falls on them to fix it. In the story, Sabrina tells Paul she’s having trouble coming when they have sex and is trying to figure it out. Instead of taking it personally, Paul is totally down to figure it out together. They make an adventure out of a roadblock, and to me, that’s so sexy. It doesn't feel clinical. Or like a downer. It just feels supportive, sexy, and real. Listening to this story for the first time moved me. I realized I’d never heard this kind of conversation in any kind of media I consumed. Being part of creating something new and something needed, is infinitely cool.