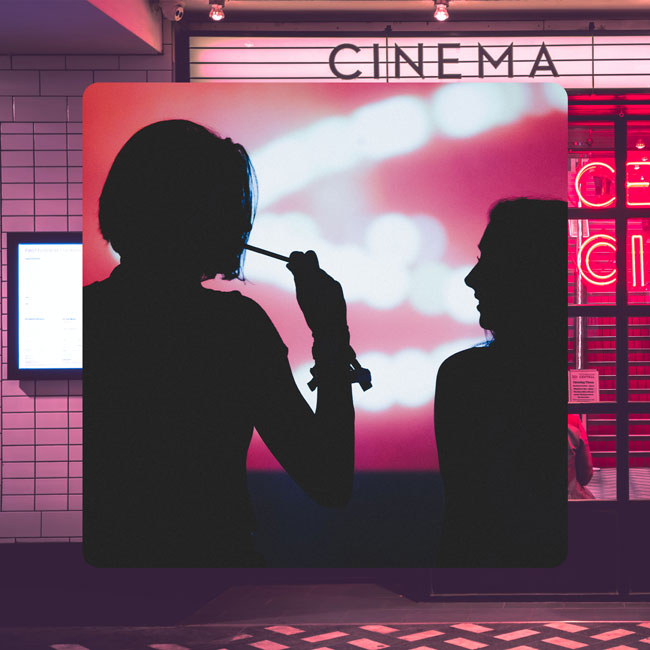 5 of the cringiest sex scenes in movies

Remember Rose’s hand sliding down that almost impossibly steamed-up car window in Titanic? Of course you do. Who could forget it? And raise of hands, who later practiced sliding their hand down their bathroom mirror after a hot shower? Just us? Okay, okay, that’s fair.

There’s a lot that goes into making sure sex on the big screen looks, sounds, and feels right. Before the actors even begin a scene, most films now bring in a sex scene or coach (also known as an intimacy coach, depending on who you’re talking to) to walk them through it moment by moment. “Sex scenes are not just a vehicle for someone to get off,” Alicia Rodis, HBO’s lead intimacy coordinator, told The Atlantic, “Sex has so many narratives, and it’s so complex, and it’s so important. People who are growing up with the internet and just seeing a certain type of pornography? I think we owe it to them to show forms of sexuality that are not the top 50 videos on Pornhub.”

We couldn’t agree more with Rodis. After all, modeling and celebrating authentic, consensual, joy and pleasure-filled sex is what Dipsea is all about. However, it would appear not everyone in Hollywood got the memo or, at least, didn’t have a sex coach on hand who shares the same philosophy.

Below, we’re breaking down five of the cringiest sex scenes in movies and offering up a little perspective on how they might be improved. The films are presented in no particular order, and by no means is this an exhaustive list, but it’s definitely a start.

Call Me By Your Name

However! In an interview, Luca Guadagnino, the film’s director, said he kept the more explicit gay sex scenes from the book out of the movie to make the movie more palatable for straight audiences. Directors are free to make whatever editorial choices they’d like, but trying to make a gay love story palatable for straight audiences by desexualizing the source material? That’s extremely cringe. Also, for what it’s worth, Elio should have eaten the peach!

We’ll start by saying this: we couldn’t be more excited that Ben Affleck and Jennifer Lopez are back together. Bennifer forever, as far as we’re concerned. We loved them then, and we love them now for all that they represent. Romance! Nostalgia! Validation that getting back together with an ex isn’t always a bad idea! (Right?)

Now that that’s out of the way, we need to discuss the dirty talk in Gigli. Jennifer Lopez’s character Ricki (a lesbian assassin!) attempts to convince Ben Affleck’s character to go down on her by saying, “It’s turkey time. Gobble goggle.” Affleck’s character responds in exactly the same way we did, by staring at her with a confused expression on his face and saying, “What?” An icon line to break out at Thanksgiving, but not so much a strong lead-up to oral sex.

Why not try saying, literally, anything else. Don’t get us wrong, playful banter absolutely has a place in the bedroom, or the living room, or wherever you happen to find you and your partner(s) getting it on, but this line is just unforgivable. If you need a little help, we’ve got a primer for you right here.

Listen, we’re just as interested as anyone in watching Jessie Spano and Trey MacDougal get it on in a pool but this scene is an absolute nightmare. Sex in the water is hard enough as it is, and this scene does it no favors. He’s inside of her, and she looks like she’s... drowning? It’s not great! The entire movie is unintentional camp, which is part of what makes it so amazing, but there’s really no excuse for what’s going on here.

Making it better: Sex outside under the stars can be a really beautiful, connective thing to share with someone. And playing in the water gives you a lot of room to be picked up and held with ease. A little bit of tender playfulness here could have gone a long way in heightening the intimacy and making this sex scene one people are envious of, rather than laughing at.

Listen, we’re all here for Bella and Edward to finally get it on after so much yearning and longing and, you know, waiting to get turned into a vampire. It’s the kind of intense edging that could and should totally lead up to some incredible, bed-breaking sex. And it does! Kind of.

By the time Bella and Edward finally have sex, the build-up has been so intense that he literally breaks the bed in the heat of the moment, causing wooden spikes to fall from the connecting rails on top of their four-poster bed. Maybe the rules are a little different in Twilight, but the last time we checked, wooden spikes are one of the number one ways to kill a vampire. Of which there are now two!

We will give the sex scenes in Twilight a little credit. After some rougher-than-usual sex (you know, because Edward has super strength and all that), there’s some good aftercare dialogue that happens between him and Bella. It’s not something that often shows up after sex in movies, and it should happen more often!

However, the other important element to great sex is making sure everyone involved feels safe and secure, even and especially if the sex is going to be rough. So, having actual vampire murder weapons falling from the sky while two vampires have sex isn't the best way to set the scene. Perhaps they can try again, and this time just have them in a normal bed. It’s so simple!

There’s a lot that can be said about James Cameron’s Avatar, but for now, we’ll just go with this. We can’t believe the man who directed the hand-on-the-steamy-car-window scene in Titanic also gave us a sex scene that primarily centers around hair braiding. We’re dealing with what, here? Like nine-foot-tall hot blue aliens, and all we get is a few tresses interlocking? Cameron already proved he could shoot a great sex scene without giving it all away, and those little blue hotties deserved more. And so did we.

Culture
What makes for a good sex scene
Relationships
Sex
Prep for arousal: Free short stories to get you in the mood